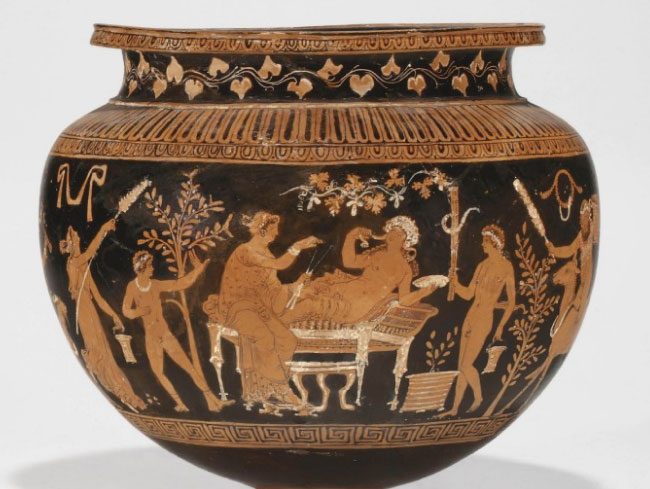 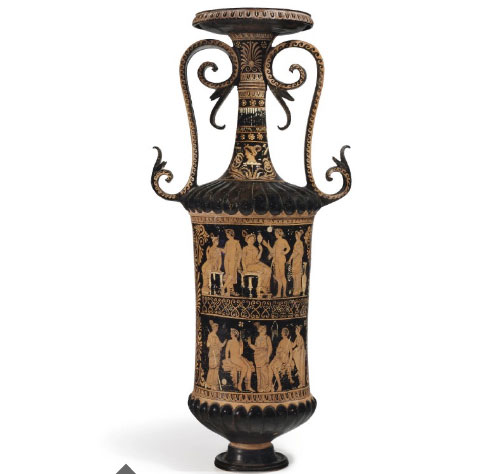 Two objects with an "interesting" background at auction

The December sale at Christie’s in the Rockefeller Plaza is fast approaching and has once again given Cambridge University researcher Christos Tsirogiannis material to consider. He draws my attention to one publicly declared object linked to Robin Symes: an Apulian loutrophoros attributed to the Varrese painter (lot 132). This was first recorded in 1983, and then auctioned on the New York market in 1995. One wonders at how the loutrophoros moved from a funerary context in southern Italy to the Symes gallery.

A second Apulian piece, a dinos attributed to the painter of Louvre MNB 1148, is said to have been known since 1983 when it was on the London art market (lot 134). It was then sold in an anonymous sale at Christie’s New York in 1993. The dinos’s true collecting history is revealed by its appearance in the Schinoussa Archive.

These are not the only pieces in the auction that have an interesting background. One wonders if Christie’s have contacted or will be contacting the Italian authorities. Max Bernheimer of Christie’s has reminded us of the extremely rigorous due diligence process conducted by the auction-house in order to restrict repatriation issues further down the line.