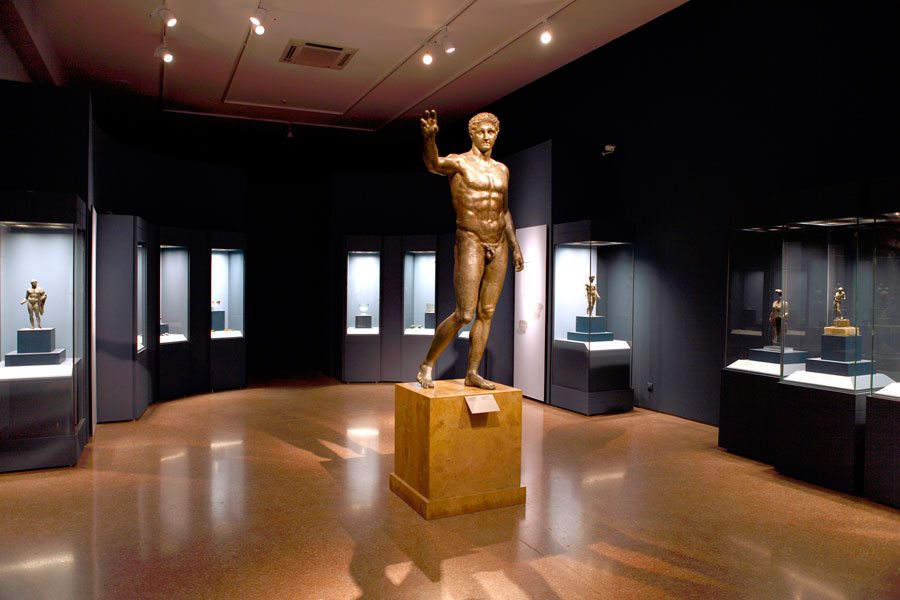 Extension of “The Shipwreck of Antikythera”

The temporary exhibition of the National Archaeological Museum «The Shipwreck of Antikythera: the Ship, the Treasures, the Mechanism» is prolonged for four months, until  August 31st, 2013, due to its great success. Visitors’ attendance at the National Archaeological Museum was increased by 50% since the opening, in relation to the equivalent period of the previous year, while comments in the visitors’ book as well as the Greek and international press were dithyrambic. Reviews characterized the exhibition as the best of its kind in Europe during the last decades.

The exhibition was mounted by a multidisciplinary team, so as to present to the public the finds from the Antikythera Shipwreck, located by sponge divers from Syme in 1900. The shipwreck expedition inaugurated underwater archaeology in Greece and contributed new and invaluable data on ancient Greek technology. From then on, people continue to be thrilled by its legendary hoisting, as well as the sophisticated structure and function of the famous “Antikythera Mechanism”, which was found among the cargo and has been identified as the first analogical computer of mankind.

The archaeological finds (bronze and marble statues and statuettes, clay, bronze and glass vessels, gold jewels, beds, coins and parts of the ship) offer significant documentation on art, commerce and circulation of artworks during the 1st century B.C. In addition, the shipwreck presents lively information on the influence that Greek lifestyle had on Roman nobles and wealthy entrepreneurs. The exhibition triggered a vigorous international scientific dialogue on these issues.

2400 pupils have attended so far the specially designed educational programmes. 60.000 pupils from various parts of Greece have already visited it. The immense interest of children and youth in the exhibition is considered extremely important.