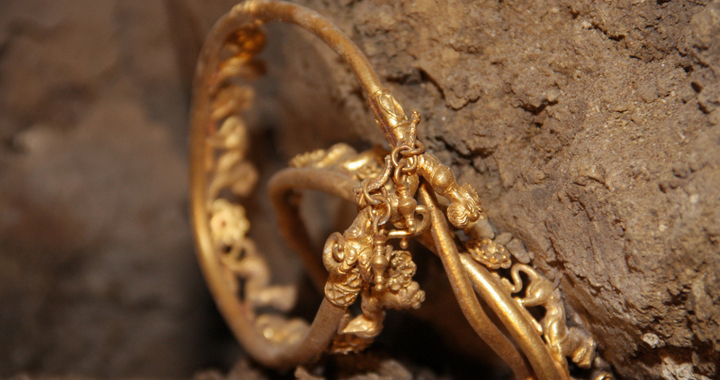 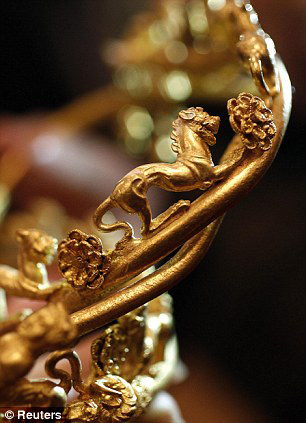 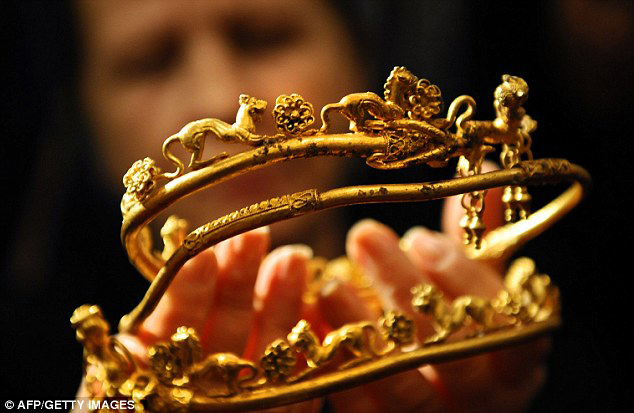 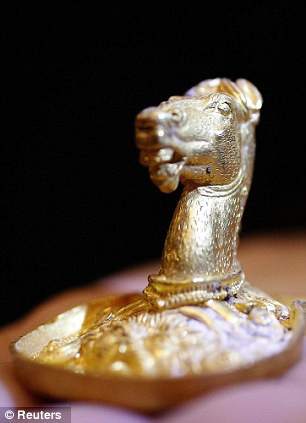 The Thracian treasure goes on display

at the National Archaeological Museum in Sofia

The 264 unique gold adornments of the trove found near the village of Sveshtari go on display today at the National Archaeological Museum in downtown Sofia.

The unique Thracian treasure, discovered in the famous Sveshtari tomb in Bulgaria, has become extremely popular. It has even surpassed in popularity the news about the US presidential election and Obama’s victory. According to Bulgaria’s Culture Minister, Vezhdi Rashidov, the Louvre has already offered one of its largest and central halls for the exhibit of the treasure, in a large display of Thracian culture.

The exhibition at the Louvre will open 2014. As for the “home” of the treasure, it is not clear yet whether the treasure will become part of the permanent exhibition of the National Archaeological Museum of Sofia.

The treasure includes golden horse harness decorations, bracelets, buttons, a ring and a tiara, dated between the late 4th and early 3rd century BC. As head of the archaeological team excavating at the ancient burial complex site, Diana Gergova, said, these are amazing findings from the apogee of the rule of the Thracian tribe of Getae, which became one of the dominant political forces in the Balkans.

“From what we see up to now, the tomb may be linked with the forst known Getic ruler Cothelas” the archaeologist also said. The team believes that the site may be connected to the funeral of Cothela, one of the father-in-laws of Philip II of Macedon, Alexander the Great’s father.