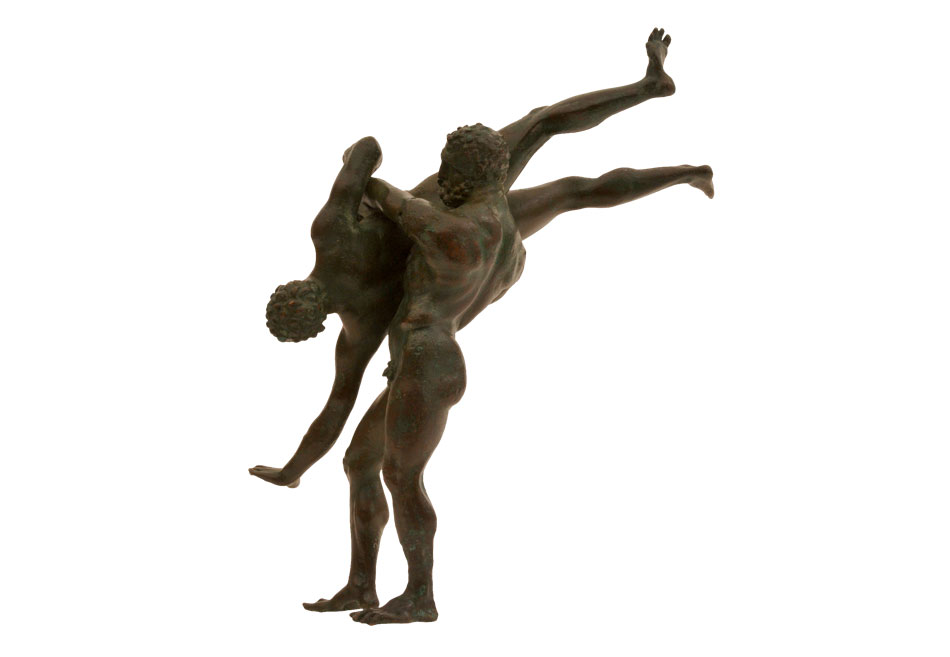 Leaving a Mark on History in Sofia

The temporary exhibition “Leaving a Mark on History: Treasures from Greek Museums” is opening on Thursday November 7, 2013, at 18:00 o’clock at the National Archaeological Museum, Sofia, Bulgaria.

The exhibition, co-organized by the Greek Numismatic Museum and the National Archaeological Museum, will take place at the National Institute of Archaeology with Museum in Sofia from November 7, 2013 until February 15, 2014. The exhibition has already been displayed at the Regional Archaeological Museum in Plovdiv with enormous success and favorable reception by the international media.

The purpose of this exhibition is to present rare and unique objects that “seal” history, either as portraits of historical protagonists or as direct sources for major historical and political events, while displaying universal social, religious and cultural meanings and values.

The exhibition is divided into six thematic sections: The first is an introduction to the “The history of sealing,” where Prehistoric seals, stamps and stone seals are presented as evidence of the need for human distinction and identification.

The second, “Great is the State that controls the sea” highlights the maritime dominance of Greece which played a crucial role in the commercial, political, economic and spiritual supremacy of the Greeks in ancient times.

The third section, “Education and Democracy”, presents the universally unique contribution of ancient Greek culture in the birth of Democracy and the development of Education.

The Pan-Hellenic Games, as demonstrated through the fourth section, “A healthy mind in a healthy body”, present the Olympic Ideal of peace and fair play. The revival of the Olympic Games in 1896 redefines this spirit during modern and contemporary historical periods, emphasizing friendship and brotherhood as a pre-condition for a peaceful and better world.

The fifth section “Rulers and Events” shows the ruler as representing the face of history and the event as the mark left on history. It focuses on historical events of universal significance and importance such as the Persian Wars as well as on important historical personalities who excelled in politics, military and cultural life, ranging from the Macedonian kings to the founder of the Byzantine Empire (Philip II, Alexander the Great, Julius Caesar, Octavian Augustus, Constantine the Great).

The exhibition concludes with the section “From Olympus to Heaven” that presents the transition from the ancient Dodecatheon (Twelve Gods) to Christianity. The exhibits record elements of religious faith and worship, primordial and major features of private and public life from Antiquity to the fall of Constantinople in 1453.

The exhibition includes, in addition to the collections of the Numismatic and the National Archaeological Museum, antiquities from the Museum of Byzantine Culture in Thessaloniki and from six Ephorates of Antiquities: 1st EPKA, 3rd EPKA, 4th EPKA, 9th EPKA, 10th EPKA, 14th EPKA. A total of 195 unique artifacts of Greek Antiquity will be exhibited for the first time in Bulgaria.

The study, organization, and scientific curatorship of the exhibition has been undertaken exclusively by the Greek organizers while the Bulgarian side is symbolically represented only by one exhibit, an Attic red figured pelike found in Plovdiv, Bulgaria and dated around 440-430 BC.

The exhibition has been scientifically curated and coordinated by the Director of the Greek Numismatic Museum and Deputy Director of the National Archaeological Museum, Dr George Kakavas, assisted by the scientific personnel of the two museums. The museological-museographical study is by Dr Vassiliki Drouga, Architect-Engineer, Head of the Department of Technical Works of the National Archaeological Museum and Stamatis Zannos, Designer.

In honor of the sponsors supporting this Exhibition the National Archaeological Museum and the Numismatic Museum, in collaboration with the Norwegian Institute in Athens and the Museum of Byzantine Culture in Thessaloniki, will also organise a conference with the title “Sponsorship from Antiquity until Today”. This conference will take place at the Museum of Byzantine Culture in Thessaloniki on February 7, 8, 9, 2014. Important personalities from science, politics, economy, business, culture and art from Greece and abroad will participate in this conference referring in the history and value of sponsorship through the centuries.