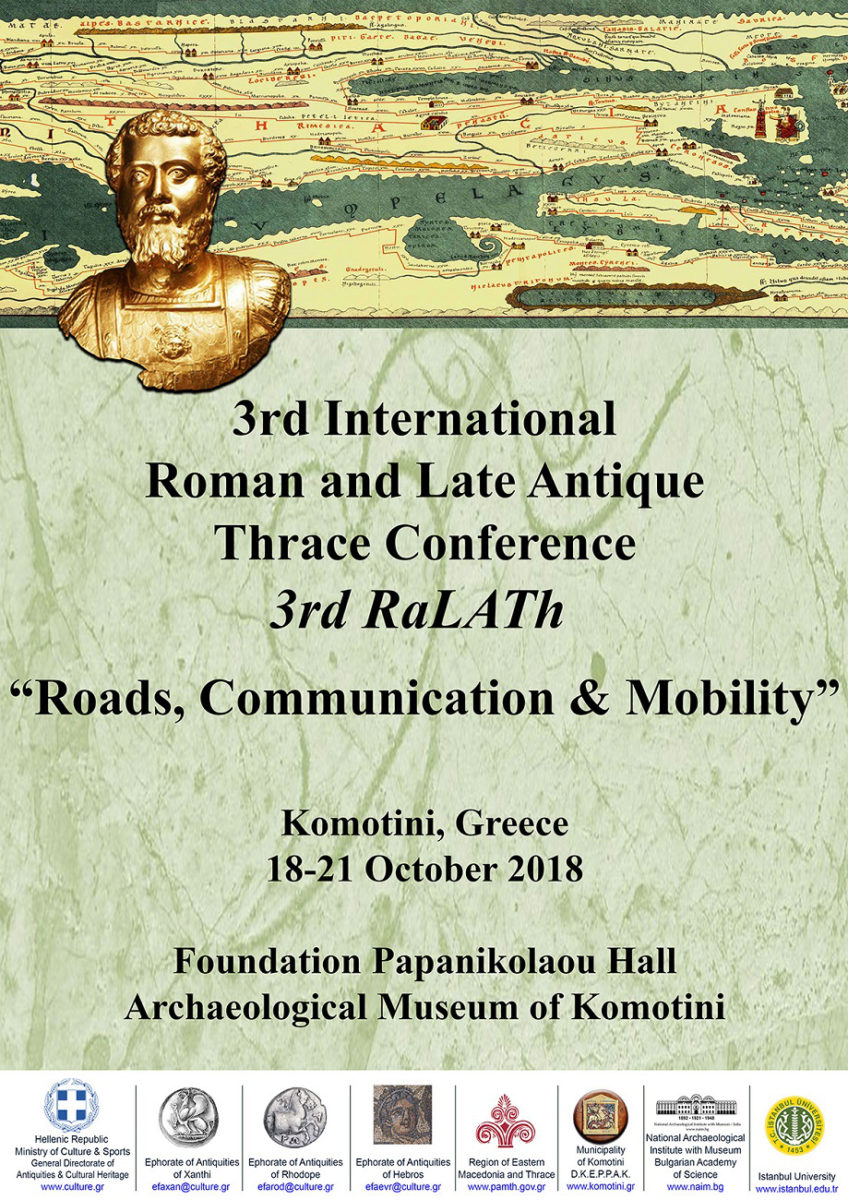 The Hellenic Ministry of Culture and Sports and the Ephorates of Antiquities of Xanthi, Rhodope and Hebros in partnership with the National Archaeological Institute with Museum at the Bulgarian Academy of Sciences, Sofia, and İstanbul Unıversıty host the 3rd International Conference “Roman and Late Antique Thrace” (RaLATh) in Komotini, Greece, (18-21 October 2018).

Past RaLATh conferences were held in Plovdiv, 7-10 October 2016, on the theme “Cities, Territories and Identities” (1st RaLATh Conference) and in Perinthos-Herakleia (Tekirdağ/Marmara Ereğlisi), 27-29 October 2017 on the theme “Roman Thrace; Sanctuaries, Cities and their territories under Roman Rule in Provincia Thracia” (2nd RaLATh Conference). The Conference theme this time focuses on land, river and sea roads as a medium of communication and mobility of goods, products, people and ideas.

The presentations of up to 20΄ duration will be in English, German and French; the same languages will be used for the posters (oral presentation of up to 5΄ duration). The participating scholars come from Greece, Bulgaria, Turkey, Romania, Serbia, Austria, Germany, Switzerland, and United States. The Conference, which will take place in the Papanikolaou Foundation’s building, was financed by the Hellenic Ministry of Culture and Sports and the Region of Eastern Macedonia – Thrace with the support of the Community Company for Culture, Education and Sports of the Municipality of Komotini. On the 21st of October there is an excursion to the sites of Maximianoupolis and Maroneia.