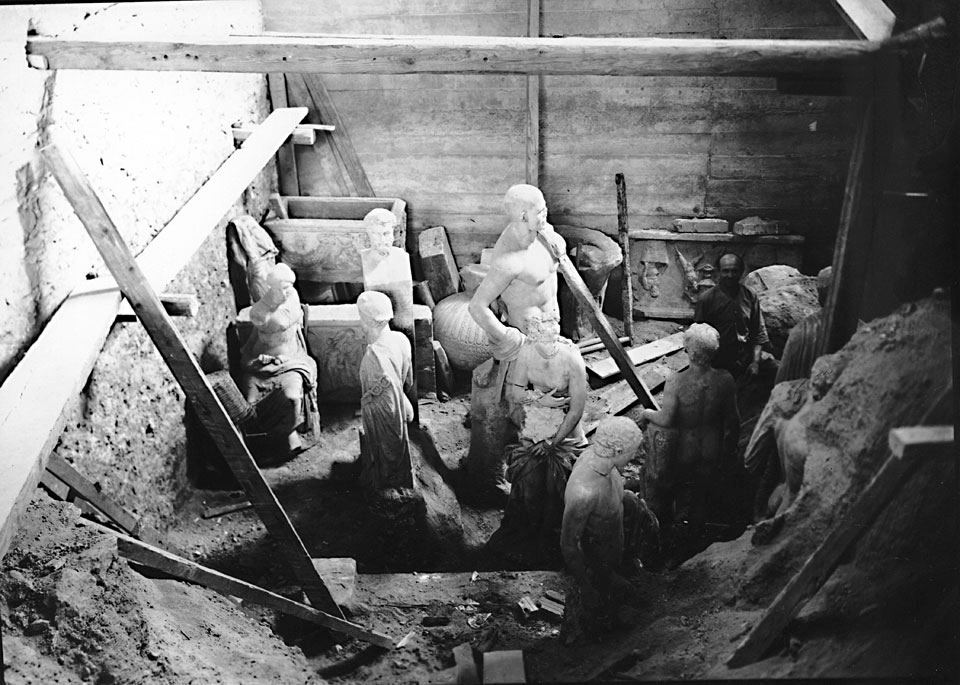 In search of the looted WWII antiquities

Greece is preparing a case for the return of antiquities

The Hellenic General Secretariat of Culture has released a statement regarding the location of Greek antiquities which are being sold via the Internet in Germany. The statement came as an answer to Press and website articles about the smuggling of Greek antiquities during the German Occupation of World War II and their sale.

As mentioned in the statement, so far the investigations made into the Register of Stolen Cultural Goods, which is being kept by the General Directorate of Culture, have not shown that these antiquities have been stolen from Greek museums or storage rooms. However, the investigation into stolen antiquities during WWII has expanded to all departments of the General Directorate of Antiquities.

As for the allegation that the antiquities have been smuggled abroad during the German Occupation 1940-1945, the statement stresses that the illegal excavations and all kinds of destructions of cultural goods in the years 1941-1945, have been registered in a special volume titled “Damages on antiquities caused during the war and by the occupation armies” (Athens 1946). Many Greek archaeologists have travelled to Germany after the war claiming the repatriation of these antiquities.

Nevertheless, it seems that Greece is preparing a case for the return of antiquities looted by the Nazis during World War II. The Directorate of Documentation and Protection of Cultural Goods is now completing the repatriation procedure of archaeological material (tens of thousands of Neolithic sherds), which were illegally exported from Greece during the German Occupation.

For the first time damaged and seized Byzantine and Postbyzantine relics have been registered. It is expected that within the next few months final and scientifically documented conclusions will have been drawn regarding the subject of stolen Greek cultural treasures during the German occupation.