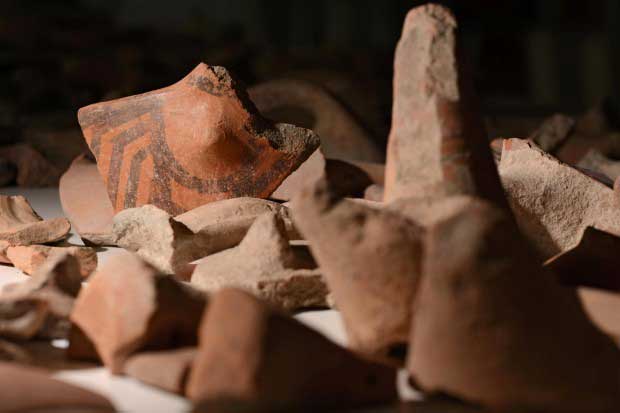 They were illegally excavated during World War II

In June, Germany’s Pfahlbaumuseum, an outdoor museum on Lake Constance that features reconstructions of Neolithic and Bronze Age stilt houses, will return 8,000 Neolithic pottery fragments that were illegally excavated near Velestino (Thessaly) during World War II, as confirmed by the Ministry of Culture on Wednesday.

The ministry’s General Directorate for Antiquities is collecting data for all antiquities illegally removed from Greece during the German occupation, as the Greek government seeks the return of all these antiquities to the country. Germany and Greece are working on an agreement for the protection of cultural goods and the prevention of artifact trafficking. Greece has already signed bilateral agreements with Switzerland, China, the US and Turkey and negotiations are ongoing with several other countries for the signing of similar agreements.

As for the 8,000 pottery fragments, they were remains of an excavation in Thessaly, said Pfahlbau Museum’s director Gunter Schöbel in February 2013. The fragments lay in the museum since the 1950s. They had been excavated in 1941 under the direction of Alfred Rosenberg, one of the main authors of key Nazi ideological creeds, by German archaeologists, and (according to Die Welt) back then with the Greek authorities‘ permission. According to Mr. Schöbel there are no legal grounds for the repatriation of the artifacts, but moral principles dictated the returning the pottery (Südwest Presse).