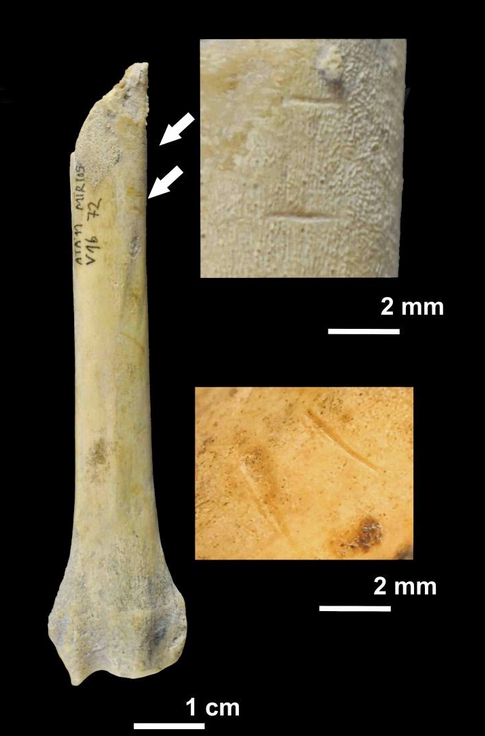 Between 7,200 and 3,100 years ago, humans that lived in the Cueva El Mirador at Atapuerca (Burgos) included in their diet domestic dog, wild cat, fox and badger. Although in the continental Europe the consumption of these species was rare at that time, 24 fossils that support the culinary processing were found in this site. The finding is published on theQuaternary International journal, with Patricia Martin, IPHES´s collaborator, as the primary signer.

El Mirador was used as a sheepfold cave to shelter flocks composed mainly by ovicaprines and cattle. The bases of the diet integrated these animals, however, other species such as small carnivores mentioned, were also used for consumption. The human modifications recorded include cut marks, bone breakage, signs of culinary processing and human tooth marks.

In some Mediterranean islands, as Cyprus, the consumption of some of these species is recorded as early as the Neolithic; however, it is a rare practice in continental Europe. “In El Mirador Cave, the dogs were disarticulated, defleshed and boiled”, says Patricia Martin. In this site this has been observed both in the Neolithic as in the Bronze Age levels. It occurs occasionally in various episodes, but has temporal continuity”.

The possibility that this practice was associated with sporadic moments of famine and shortage and/or with special consideration of dog meat has raised. “It’s one of the possibilities” says Patricia Martin. “However, according to ethnographic data, in some Asian cultures or between the Berbers, it is considered dog meat as a rich source of protein and/or as a delicatessen meat. It cannot be excluded that in some cases the objective was to obtain the skin of these animals”.

The consumption of other of the mentioned species at El Mirador, is more limited than the one of dogs, and mainly recorded in the Neolithic levels. Wild cats and badgers were boiled and consumed. Given the difficulty of hunting wild carnivores and the exceptional nature of their use in this site, the probability that these animals had been accidentally captured and subsequently consumed arises. “However, neither it’s possible to reject the option of being used as an extra source of food in times of shortage”, says Patricia Martin.

NOTES
1. The Catalan Institute of Human Paleoecology and Social Evolution