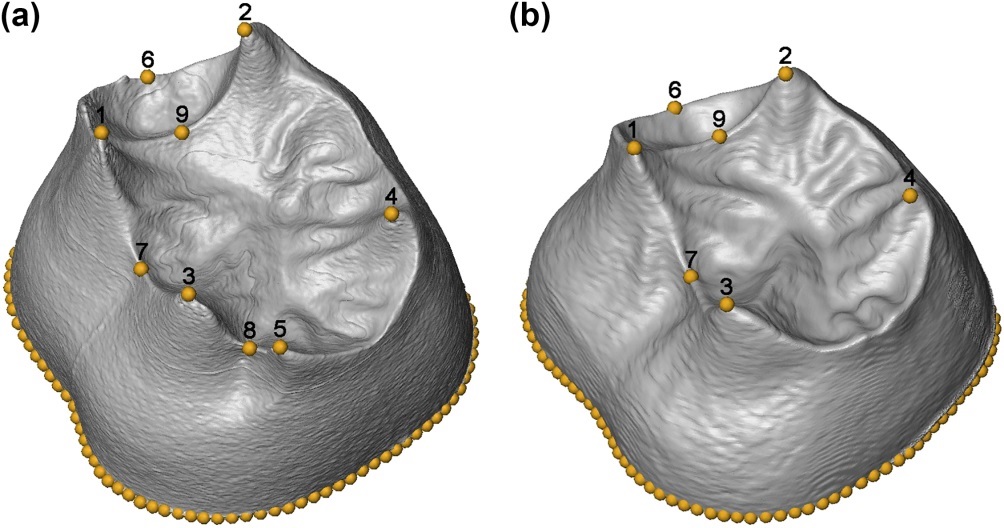 In order to study the origin of the Neanderthals

The Dental Anthropology Group of the Centro Nacional de Investigación sobre la Evolución Humana (CENIEH) forms part of the team which has just published a paper in American Journal of Physical Anthropology on the morphological analysis of the dentin in the lower molars of the population of the archaeological site of Sima de los Huesos (Atapuerca, Burgos), using three-dimensional geometric morphometry, in order to study the origin of the Neanderthals.

In this innovative study, in which scientists from University College London have also participated, 85 molars have been analyzed using computerized axial microtomography in the laboratories of the CENIEH, which has allowed high-resolution virtual sections to be obtained.

“With the results obtained, we have been able to ratify once again the similarities found between the population of Sima de los Huesos and the Neanderthals, and the differences between these and Homo sapiens”, explains the director of the CENIEH María Martinón-Torres, co-author of this work.

Nevertheless, despite the notable affinities with Homo neanderthalensis, the population of Sima de los Huesos displays lower intra-population variability and has certain features even more derived than the Neanderthals themselves.

The principal objective of the authors, in addition to reviewing the current hypotheses which explain the origin of the Neanderthals, has been to verify the reliability of the Neanderthal accretion model, which suggests that Neanderthal characteristics did not develop in a linear and continuous manner, but  rather accreted abruptly at different periods.

“The results of this investigation favor the theory of a more complex evolutionary scenario for the European continent during the Middle Pleistocene, with the coexistence of different populations and without rejecting possible hybridization between them”, concludes Martinón-Torres.