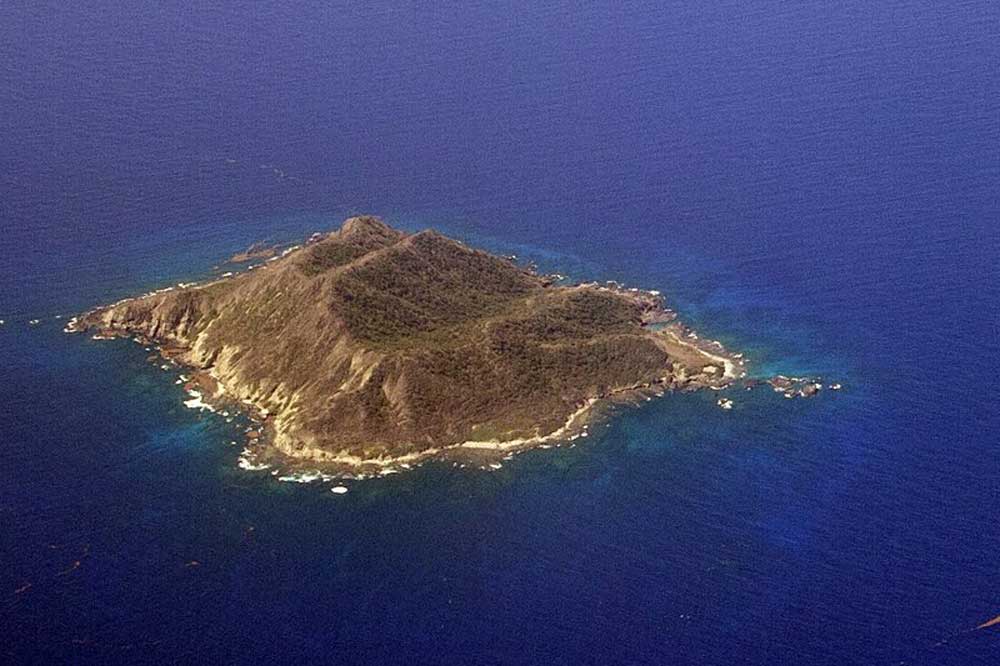 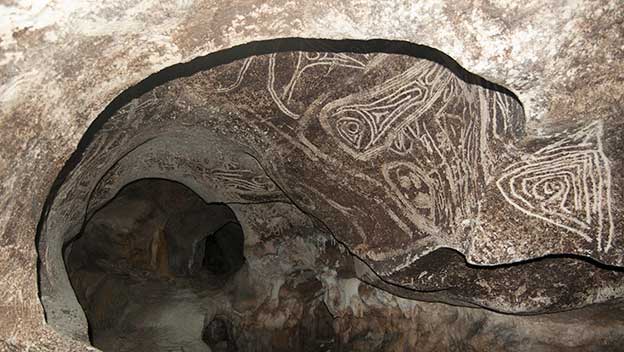 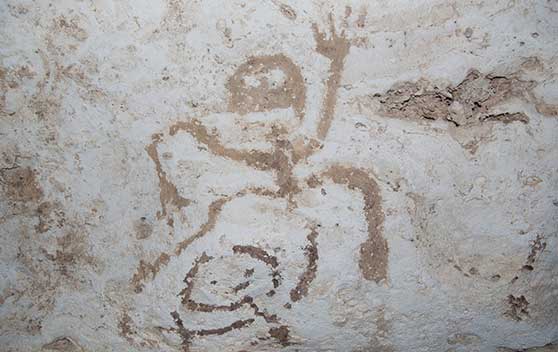 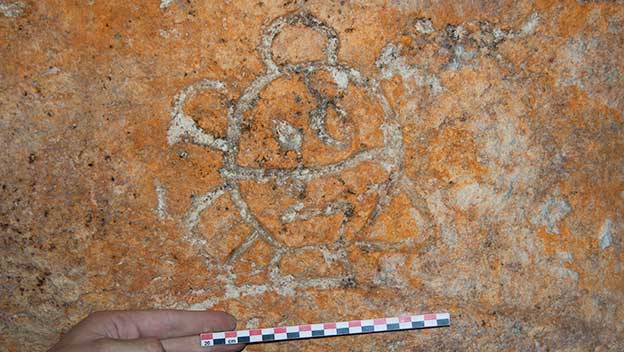 Isla de Mona is the third-largest island of the Puerto Ricanarchipelago, after the main island of Puerto Rico. It is the largest of three islands located in the Mona Passage, a strait between the Dominican Republic and Puerto Rico, the others being Monito Island and Desecheo Island. The island is a natural reserve and, though there are no native inhabitants, rangers from the island’s Department of Natural and Environmental Resources reside on the island to manage visitors and take part in research projects.

El Corazón del Caribe research project is an ongoing research program of the British Museum in collaboration with the governments of Cuba, Dominican Republic and Puerto Rico building on the long standing research of Dr Jago Cooper (curator of the Americas in the department of Africa, Oceania and the Americas in 2012) and Co-Director Dr Alice Samson McDonald Institute for Archaeological Research, University of Cambridge).

In May, Dr Jago Cooper and Dr Alice Samson flew to the Caribbean to conduct an exploratory research in an uninhabited national park on the island of Mona in Puerto Rico. There the two researchers found more than they planned or expected, as Dr Cooper writes.

“Alerted to the potential presence of archaeological sites dating to the pre-Columbian period (prior to AD 1492 when Christopher Columbus first arrived in the Americas) by National park manager Tony Nieves, we went to take a look. We discovered extensive pre-Columbian mining and artistic practices deep inside caves, with an astonishing abundance and diversity of new rock art including pictographs and finger-incised designs representing abstract, human and animal images.

“Designs, which cover the walls and ceilings of hundreds of metres of the darkest caverns and tunnels across the island were executed by the application of pigments to cave walls, and by previously undocumented techniques such as incising and dragging fingers through the very soft, plaster-like deposit on the cave walls. This particular technique left white trails of surprising freshness, complexity and elaborateness.

“Strikingly the technique also appears to have been a way of harvesting the soft deposit on the cave walls as is attested by the vigorous finger scratching across large expanses of cave surfaces in all of the sites we visited. These extractive activities, or evidence for ancient mining, rather than being indiscriminate movements, were systematic and deliberate actions leaving complex designs.

“Alongside Dr Samson I’m working in collaboration with the Department of Natural and Environmental Resources and the Institute of Puerto Rican Culture to develop a project to study the pre-Columbian archaeology of the island and protect this unique Caribbean heritage. Many of the caves we explored have not been visited since guano (essentially bat excrement, a very effective fertilizer) miners working there downed tools 120 years ago, leaving the ruins of railway tracks, wagons and sometimes their initials on the cave walls.

“The caves are incredibly well preserved sites, but are at very high risk of future destruction due to the soft texture of the walls and confined spaces for visitors to gain access.

“The evidence we found not only dramatically expands our repertoire of pre-Columbian iconography, but has the potential to change understandings of past cave use in this area at this time, as well as traditional definitions of rock art”.

About the research project

Through archaeological fieldwork in the islands of the Caribbean, this project is focusing on the development of larger and more complex societies before the arrival of Europeans in AD 1492 (the pre-Columbian period) and the lessons this can provide to people living in the region today.

Survey, excavation and material analyses at selected case study sites will bring together students from Cuba, Dominican Republic, Puerto Rico and the United Kingdom. These fieldwork projects aim to develop the research skills and experience necessary to help build the next generation of archaeologists, heritage managers and museum curators in the region.

The case study sites have been selected to address two core research areas:

Climate change – how can 6,000 years of human experience of climate variability and environmental change be used to inform and improve current community resilience to the impending impacts of modern climate change?

Cultural identity – to what extent can new perspectives of multi-ethnic and multi-cultural communities in the pre-Columbian Caribbean and the intensive interaction networks in the region these are built upon, inform current community perspectives on identity and cultural heritage?