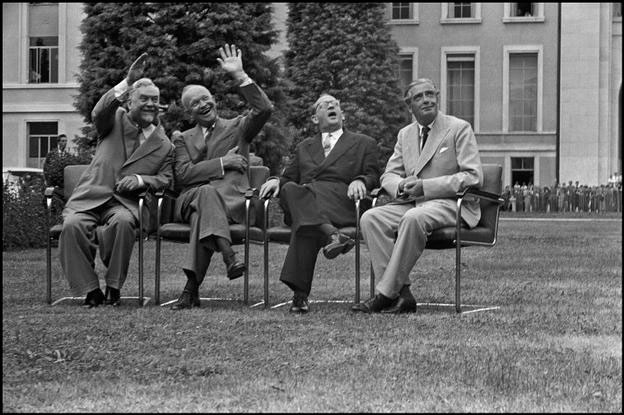 One of the most significant historical archives in the world

Celebrated Austrian photographer Erich Lessing has donated a gigantic collection of his work to the Austrian National Library (Österreichische Nationalbibliothek), namely 60,000 of his most memorable historical photographs. The donation was made on the occasion of Lessing’s 90th birthday.

The archive, which will be kept in the Picture Archives and Graphics Department of the Library, is a unique photographic documentation of the important events which marked the second half of the 20th century; 20,000 black and white photos and negatives refer to the postwar period until 1970.

His portraits of personalities are considered priceless. Among them one can find images of Dwight David “Ike” Eisenhower, Charles de Gaulle, Konrad Adenauer, Willy Brandt, Nikita Khrushchev. Another significant part of the Archive includes 40,000 large-format slides, where Lessing has captured themes of the post-war cultural history.

General Director of the Austrian National Library Johanna Rachinger said: “Through this generous gift of Erich Lessing we can significantly expand and compliment our inventory.”

Lessing, born into a Jewish family in Vienna, emigrated to Palesine in 1939. Back home in Austria, his family was persecuted and murdered by the Nazis. Returning to Austria eight years later, he became a photographer for the Associated Press, before moving to Magnum Photos.

Lessing has won international recognition for being one of the few photographers of his time who captured the difficult post-war years not only in Austria, but in a series of other countries as well, showing sensitivity and a unique moral strength.