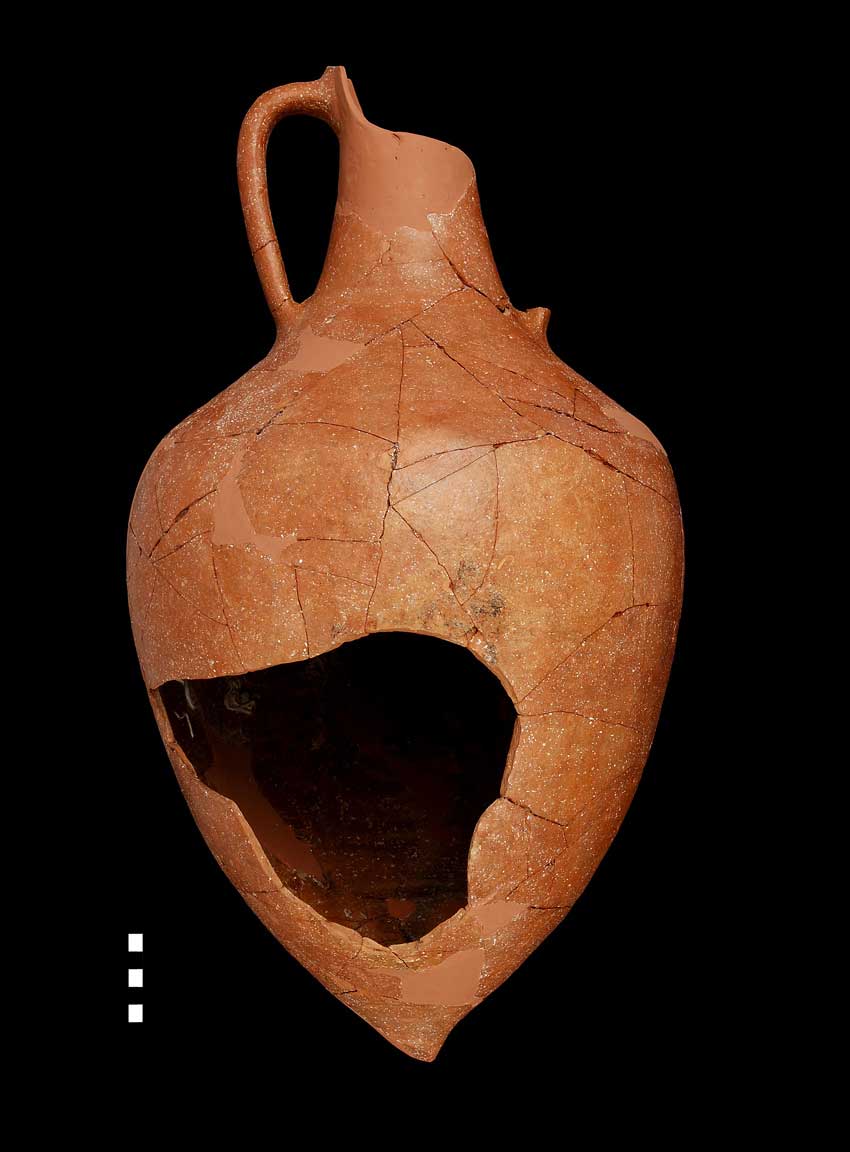 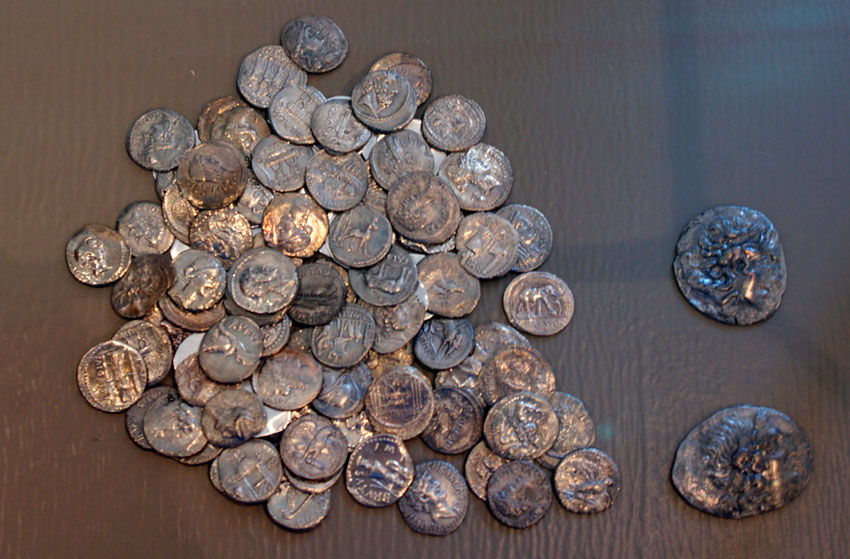 A hoard is a collection of coins, which had been deliberately gathered in the past but for various reasons (which are often related to specific historical events) haven’t been recovered.

The hoard of Pantokratoras was found in the sea area of the Pantokratoras settlement, 100m from the coast of neighbouring modern Aktion and at a depth of 6m.

The hoard includes 225 silver denarii, which were found in a clay pot. The hoard is not an excavational finding, but it was handed over to the Ephorate of Prehistoric and Classical Antiquities of Ioannina in 1982.

In April 1982, the first part of the hoard was handed over to the Ephorate: 124 coins, 2 Hellenistic tetradrachms of Byzantium of Lysimachus type, and 122 denarii minted from 111/110 BC to 32/21 BC. The rest of the hoard was handed over in July of the same year to the Ephorate, and contained 103 denarii of the same period. The vessel with its content -the best-preserved coins- was also handed over.

The hoard contains denarii minted during the era of the Roman Republic. Thirty of them come from provisional mints, which were used in order to pay the Roman soldiers of Mark Antony. The latest of these coins date to 31 BC, a fact which connects the find with the Battle of Actium. Some of the coins depict Cleopatra, Mark Antony, Octavian and Agrippa, who played a leading role in the Battle.

Experts studying the hoard have come to the conclusion that these coins most probably were the savings of a Roman legionary, who followed Mark Antony until Actium where he was possibly killed.

The coins of the Pantokratoras’ hoard bears archaeological witness to the military conflict between Mark Antony and Actavian, which decided the fate of the Roman world and the future of Europe. Furthermore, ancient Nicopolis was founded by Octavian in memory of his victory at Actium.