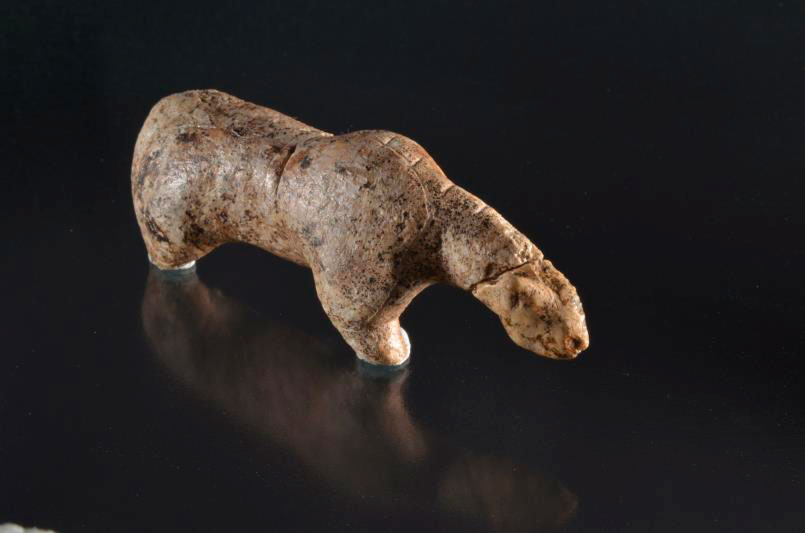 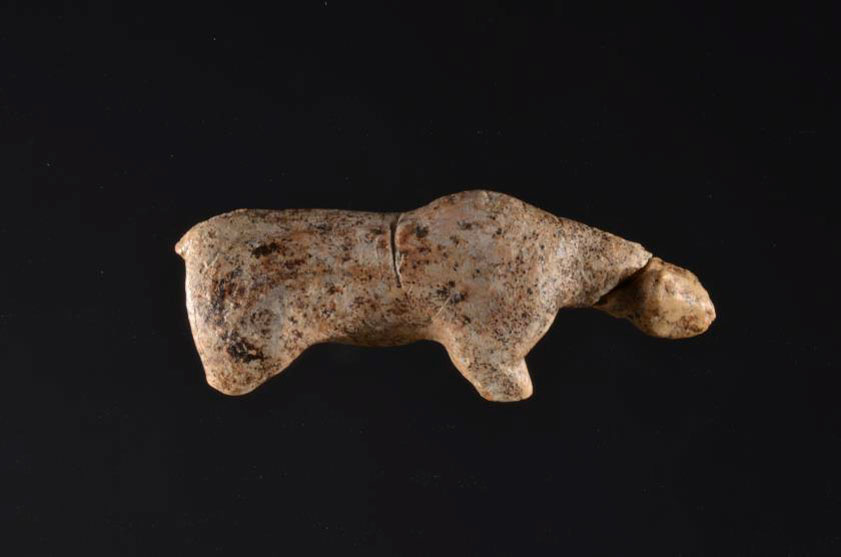 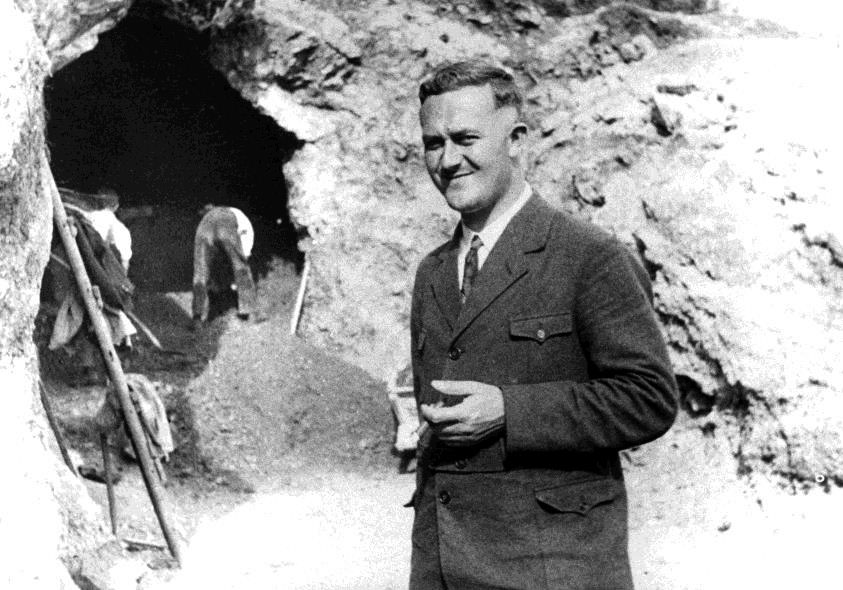 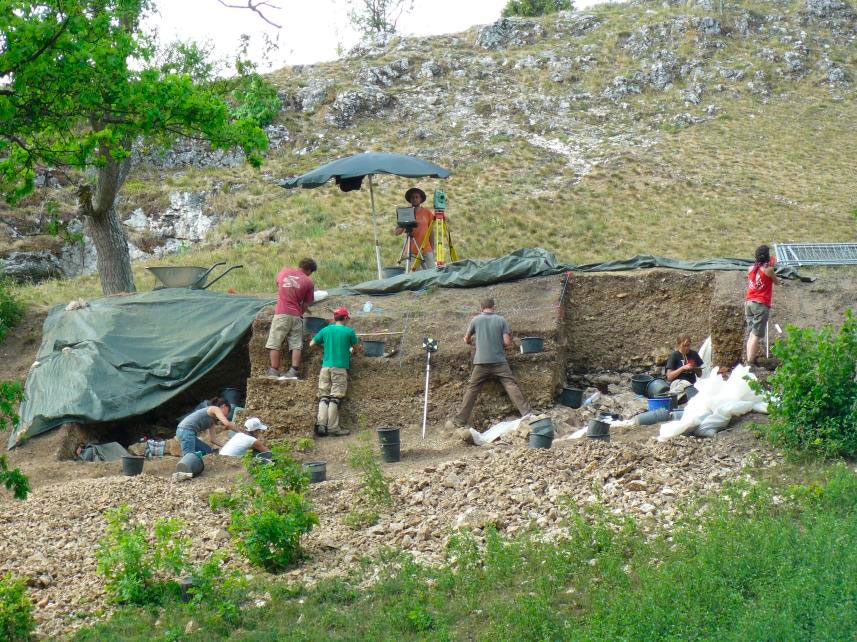 Researchers from the University of Tübingen have successfully re-attached the newly discovered head of a prehistoric mammoth-ivory figurine discovered in 1931. The head was found during renewed excavations at Vogelherd Cave, site of the original dig in 1931. The recent excavations, between 2005 and 2012, have yielded a number of important finds.

The discovery of this ivory head helps to complete a figurine which now can be recognized as a lion – and demonstrates that it is possible to reassemble often fragmentary figurines from the earlier excavation. The new discovery is presented in the 2013 edition of the journal “Archäologische Ausgrabungen in Baden-Württemberg”.

Vogelherd Cave is located in the Lone Valley of southwestern Germany and is by far the richest of the four caves in the region that have produced examples of the earliest figurative art, dating as far back as 40,000 years ago. Overall, Vogelherd Cave has yielded more than two dozen figurines and fragments of figurines. While the work of fitting together thousands of small fragments of mammoth ivory from Vogelherd is just beginning, the remarkable lion figurine, now with its head, forms an important part of the display of the earliest art at the Museum of the University of Tübingen (MUT) in Hohentübingen Castle.

Professor Nicholas Conard and his excavation assistant Mohsen Zeidi presented the new discovery and discussed its scientific importance, after which the find rejoined the permanent exhibit at MUT. Prof. Ernst Seidl of MUT commented on the importance of the Vogelherd discoveries for the University and the region.