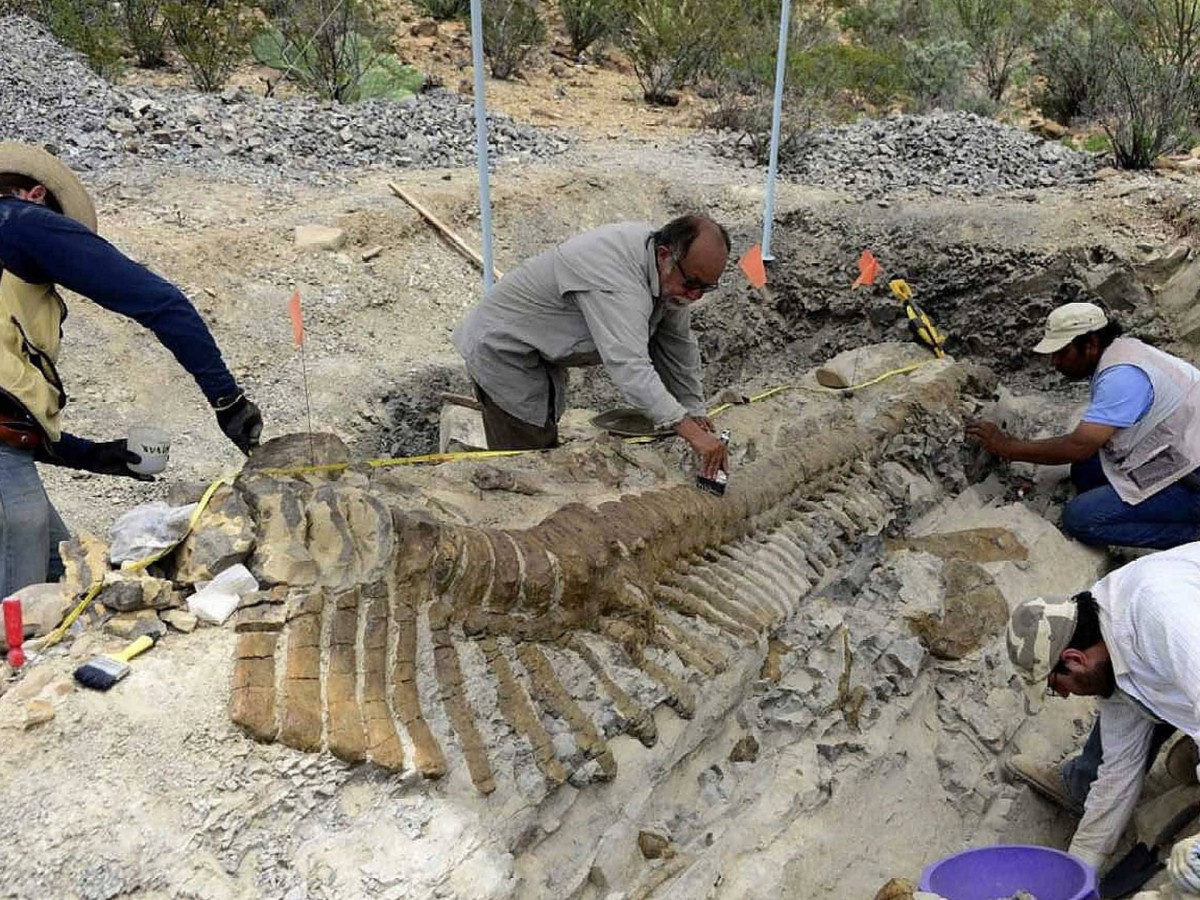 50 vertebrae of hadrosaur along with hip bone and other remains found in Coahuila state, Mexico

A team of paleontologists and students from INAH and the National Autonomous University of Mexico, has discovered the fossilised remains of a 72m-year-old dinosaur tail in a desert near the small town of General Cepeda in northern Mexico, according to the country’s National Institute for Anthropology and History (INAH).

Unusually well preserved, the five-metre (16ft) tail was the first ever found in Mexico, said Francisco Aguilar, INAH’s director in the border state of Coahuila, adding that it probably made half the dinosaur’s length.

The team,  identified the fossil as a hadrosaur, or duck-billed dinosaur.  Paleontologists found the 50 vertebrae of the tail completely intact after spending 20 days in the desert slowly lifting a sedimentary rock covering the creature’s bones. Strewn around the tail were other fossilised bones, including one of the dinosaur’s hips, INAH said. Scientists have already determined that dinosaurs suffered from tumours and arthritis. The new discovery could improve understanding of the hadrosaur family and aid research on diseases that afflicted dinosaur bones, which resembled those of humans, Aguilar said.

Dinosaur tail finds are relatively rare, according to INAH, although dinosaur remains have been found in many parts of the state of Coahuila, in addition to Mexico’s other northern desert states. Aguilar noted that during the Cretaceous period, which ended about 65m years ago, much of what is now central northern Mexico was on the coast. This has enabled researchers to unearth remains of both marine and land-based dinosaurs.

The presence of the remains was reported to INAH by locals in June 2012. After initial inspections, excavation began earlier this month. The remains of the tail will be transferred to General Cepeda for cleaning and further investigation.