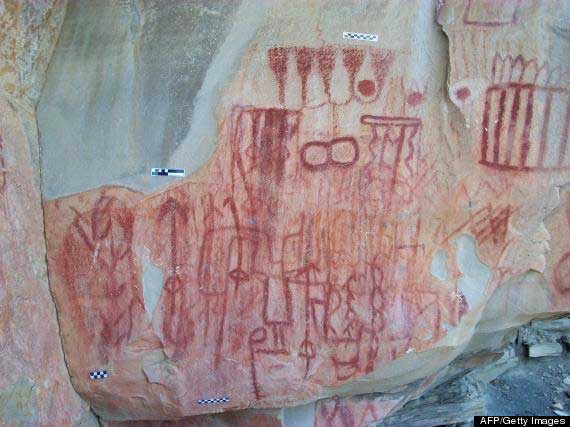 According to the National Institute of Anthropology and History

Nearly 5,000 well-preserved cave paintings scattered across 11 different sites were found by Mexican researchers, as reported by the Mexican National Institute of Anthropology and History (INAH).

The scientists haven’t been able to date the cave paintings, due to the lack of objects that could relate them to a specific historical context. However, the researchers will try to glean their approximate ages using chemical and radiocarbon analyses, according to the Agence France-Presse.

The 4,926 paintings were found after the surveys conducted by archaeologist Martha García Sánchez in Burgos. They were made by at least three groups of hunter-gatherers, according to the press release of the INAH.

García Sánchez presented the results of her research at the second meeting of Historic Archaeology, in Mexico City’s National History Museum. “The discovery is important because we have documented the presence of pre-Hispanic groups in Burgos, where before it was said there was nothing, when in reality it was inhabited by one or more cultures,” said INAH archeologist Gustavo Ramírez who joined the project in 2006.

The ancient artists painted humans, animals and other scenes from nature using a palette including red, yellow, black and white, reports the AFP. The colors were created using organic dyes and minerals, according to the INAH press release.