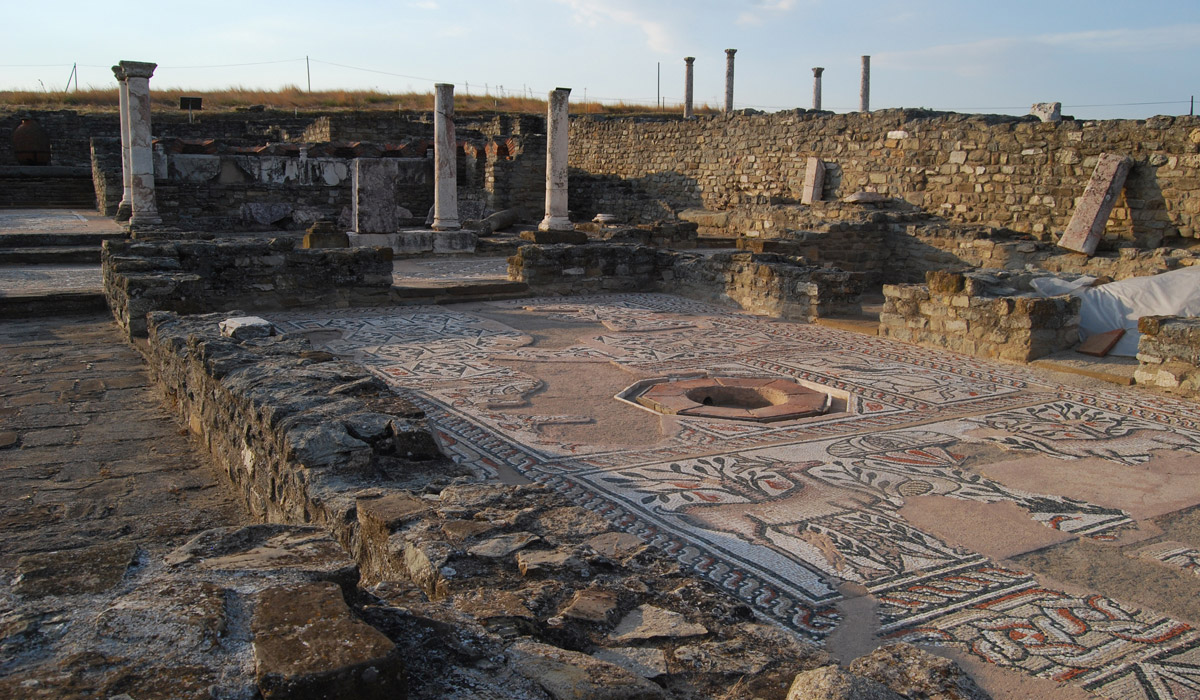 Archaeological Work to be Resumed in Stobi

Archaeologists, students and volunteers will be returning to the site in August of 2013

Although the ancient site known as Stobi in central Macedonia, in modern day FYROM, has been the subject of numerous excavations and research over the past century, only 15- 20 percent of its remains have been uncovered. Since 2008, however, renewed excavations under the auspices of the Balkan Heritage Foundation have been busy opening a new window on an ancient Roman city that, for a time, was a major center of trade and commerce.

Now, a team of archaeologists, students and volunteers will be returning to the site in August of 2013 to continue unearthing the northern residential section of the city, near a center that has already yielded such remains as a large theater, a city wall, a forum, a synagogue, a baptistry and a water supply system. During recent excavation seasons archaeologists have uncovered evidence of a necropolis (in use from the 1st century BC to the 5th century AD) and an ancient temple dated to the 2nd and 3rd centuries AD.

“The excavations in 2011 and 2012 were focused on the Northern Residential Area of Ancient Stobi, inhabited from the Late Hellenistic till the Late Roman period. Further excavations at the same area are planned for next season in conjunction with the efforts of the National Institute (NI) Stobi in order to preserve and display this part of the site. The layers to be studied in 2013 mainly include the Roman and Late Roman periods of the existing ancient neighborhood.”, state the field directors.

Historical references and archaeological excavations have indicated continuous occupation in Stobi from the 6th century BC to the 6th century AD. Investigations have yielded remains of the Archaic (6th century BC) and Classical periods (5th-4th century BC), evidencing the earliest periods of Stobi’s history. The Roman historian Titus Livy writes that in 197 BC the Macedonian king Philip V defeated the Dardanians in the vicinity of Stobi and, also according to Livy, during the Roman conquests in Macedonia, Stobi became an important center for salt trading. But it wasn’t until AD 69 when Emperor Vespasian granted Stobi the rank of municipium and the right to mint its own coins, becoming a city of significance within the Roman Empire. Because of its salt trading and its strategic position between two rivers, located near the ancient road along the Vardar valley and branches of the Via Diagonalis and Via Egnatia, the city became a center of prosperity beginning in the 1st century AD. In the 4th century, Stobi became an important Christian center and a seat of bishops, and in the 5th and 6th centuries it was the capital city of the Roman province of Macedonia Secunda. The city finally saw its end when it was destroyed by an earthquake in 518 AD.

Through the excavations, archaeologists hope to be able to shed additional light on the lifeways of the ancient population and their interaction and relationship with other ancient centers throughout the Roman and Byzantine world of the time.