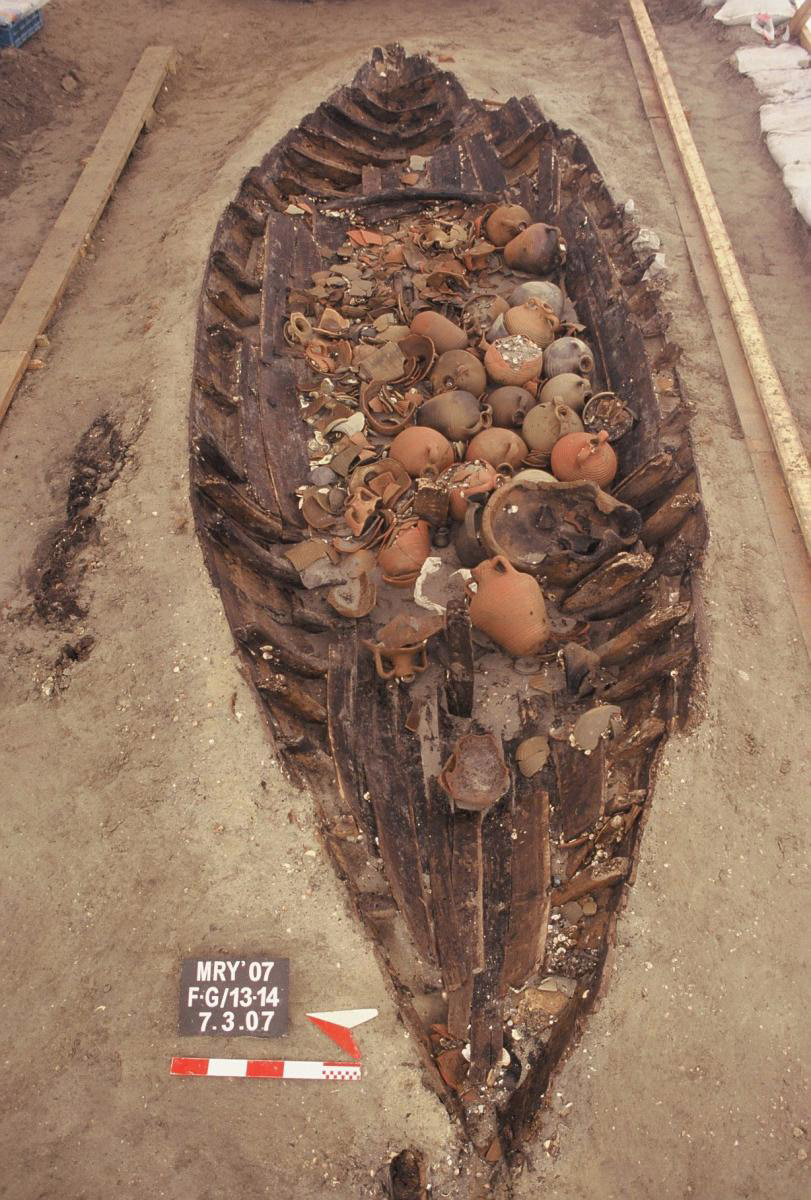 Ships found at Yenikapi transported off the site for restoration

The removal of 37 sunken vessels, that were unearthed during excavations carried out as part of the Istanbul Marmaray and metro projects, has finally been concluded.

Associate Professor Ufuk Kocabaş,  head of Istanbul University’s Department of Marine Archaeology and the Yenikapı Sunken Ships Project said that continuous works that lasted eight years in Theodosis Port, one of the most important ports in the city in the Middle Ages, brought to light the structures of vessels and tens of thousands of archaeological artifacts representing the largest Middle Ages boat collection in the world.

Kocabaş said scientific works were still ongoing on the sunken ships remains. “The oldest sunken vessel is about 1,500 years old and they have all seen the destructive power of the nature until now.

Their restoration work needs a delicate and long-term process. The ships will be strengthened with various chemical substances and will begin to host their visitors. This priceless collection, which draws great attention both from the scientific world and the public opinion during the excavation works, is expected to make a big contribution to culture tourism,” he said.

He added that works in Yenikapı had also inspired other relevant projects such as “LIMEN: Cultural Ports from Aegean to the Black Sea,” which aims to make an inventory work for cultural artifacts in many coastal towns in the Aegean and Black Seas, and to encourage cultural tourism by providing coordination between those cities.

Kocabaş said the focus of the works was Istanbul with its cultural heritage and history, adding that the pilot schemes in the city were set to make a big contribution to the tourism network which is set to be created. He said the total budget provided by the EU for all project partner countries was 1.2 million euros, and that the project would last for 24 months.

“Among the project activities is the construction of an exact copy of a sunken boat, found in Yenikapı, at its original size,” said Kocabaş. “With the budget of this project we will make the copy of this boat. Also, we will organize an international congress and a photography exhibition to draw attention to the ancient ports in the Black Sea and tourism routes. Participant countries will make their own contributions to the project.”

Kocabaş added that the restoration of the vessel was still continuing and its reconstruction project had been prepared by Associate Professor Işıl Özsait. “This Yenikapı 12 vessel, one of the best preserved ones, is a kind of time capsule, as we found it with the cargo it was carrying. This 10-meter vessel will again set sail in the Marmara after 1,000 years. We plan to finish its construction in six months. Works will start in the coming months,” he said.

Kocabaş noted that the sunken vessels were moved from the land and they would be ready for display in four to five years. “Yenikapı 12 will be the first vessel on display. Some vessels that are not suitable for display should be kept for scientific works. Experts of the Istanbul Archaeology Museums will make this decision,” he said.