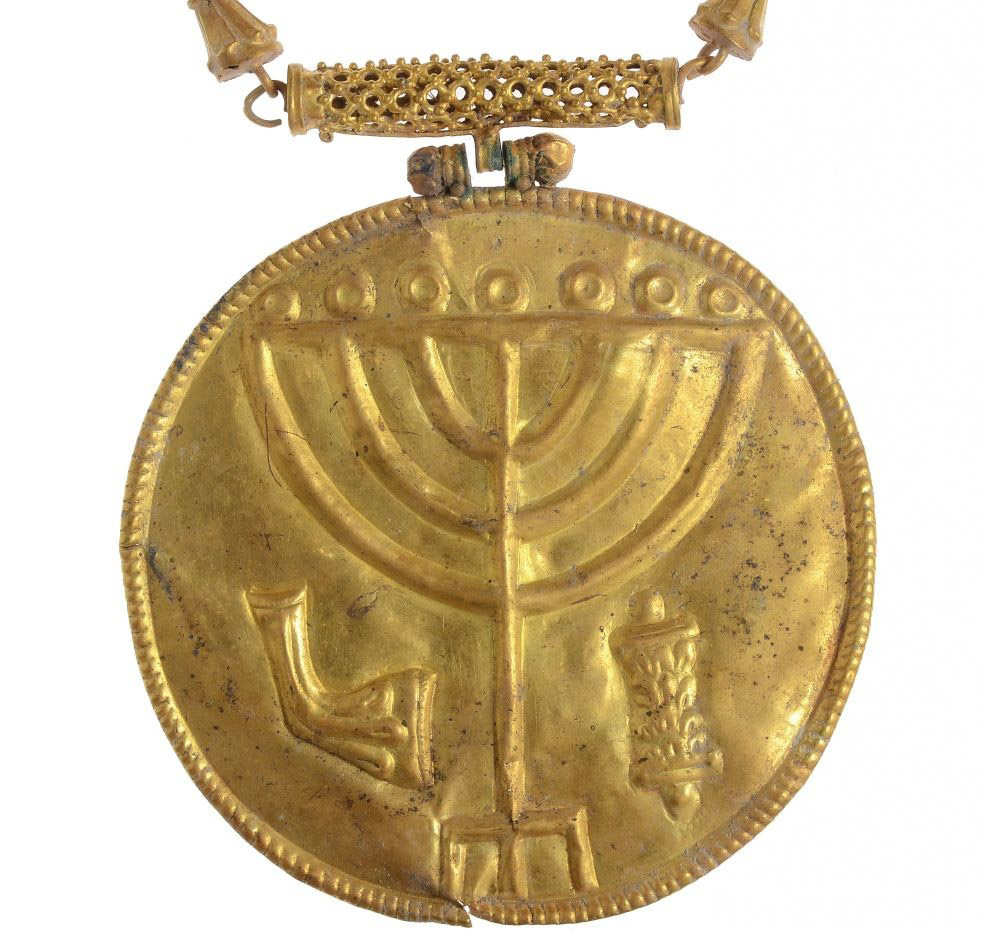 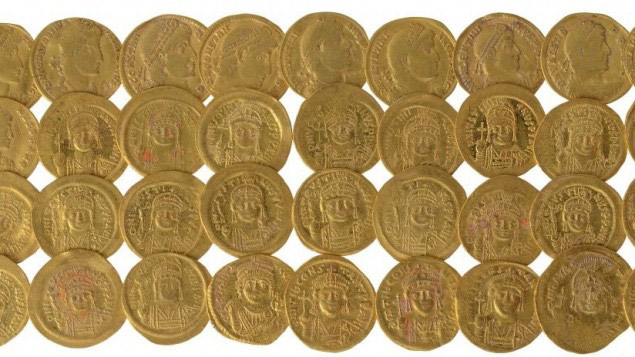 An ancient cache of 36 gold coins, gold and silver jewelry and a gold medallion etched with Jewish symbols have been uncovered in excavations at the foot of Jerusalem’s Temple Mount.

This is how  Eilat Mazar, the Hebrew University of Jerusalem archaeologist who directed the excavationis, characterized the find. The treasure is estimated to be about 1,400 years old.

The position of the items as they were discovered indicates that one bundle was carefully hidden underground, while the second bundle appeared to be abandoned in haste and scattered across the floor, according to an e-mailed statement from Hebrew University.

The medallion is said to characterize the hoard as a whole. Etched into it, there is a menorah, the 7-branched candelabrum used in the ancient Temple, a ram’s horn, and a Torah scroll.The medallion, which hangs from a gold chain, is probably an ornament for a Torah scroll, according to the statement. If so, it is the earliest Torah scroll ornament found in archaeological excavations to date. It was buried in a small depression in the floor of a ruined Byzantine public structure, about 50 meters from the Temple Mount’s southern wall.

“The striking Jewish symbols, the location of the hoard, the find itself, which gives so much information, all make it a very special find,” said Mazar in a telephone interview. “I’ve also never found so much gold in my life.”

“The most likely explanation is that the cache was earmarked as a contribution toward the building of a new synagogue, at a location that is near the Temple Mount,” said Mazar. “What is certain is that their mission, whatever it was, was unsuccessful. The treasure was abandoned, and its owners could never return to collect it.”

The find is only the third collection of gold coins to be found in excavations in Jerusalem, according to Lior Sandberg, a numismatics specialist at Hebrew University’s Institute of Archaeology. The coins can be dated to the reigns of different Byzantine emperors, ranging from the middle of the 4th century to the early 7th century, he said.