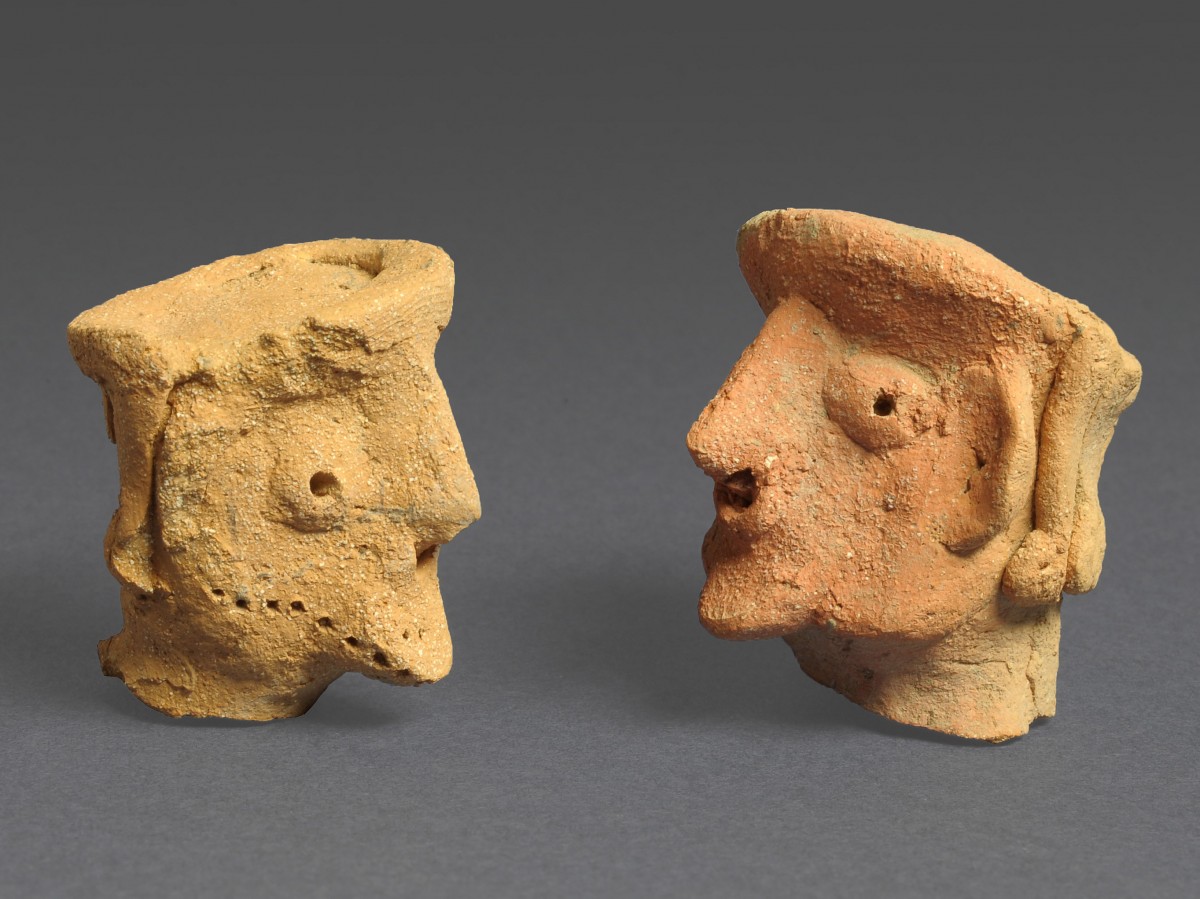 A goddess cult in the birthplace of monotheism?

“You shall not plant any tree as an Asherah beside the altar of the Lord your God that you shall make.” Deuteronomy 16:21.

Israel is often touted as the birthplace of monotheism. However, the Old Testament is rife with the admonishment of errant kings and queens worshiping ‘false gods’, while archaeological evidence often confirm such insidents by bringing to light cult stands and shrine caches throughout Israel (Hazevah, Yavneh, Tel Rehov, Tel Halif, Motza, Hazeva, Qitmit) as well as various figurines of animals or females in different poses and states. New evidence from Khirbet el Qom and Kuntillet Ajrud came to add to this picture of ancient Israelites worshipping multiple gods, other than Yahwe, among whom, female ones.The iconography points to a pantheon of deities, as some scholars believe, or to two main deities, something of a duality.

Going by what the Bible tells us, there were two major reforms against these apparent pagan practices, one by Elijah and the other by Josiah. And while there was much denouncement of them, the practices persisted at least till the Babylonian exile, as it seems that during the Israelites’ stay in Babylon, aspects of their cult pointing to polytheism had long been forgotten.

The evidence, seen by two inscriptions (found at Khirbet el Qom and Kuntillet Ajrud respectively) points to the worship of at least two deities. Yahweh and (his) Ashera. Actually, in Kuntillet Ajrud, one of the inscriptions mentioning “Yahweh of Shomron (Samaria) and his Ashera) is accompanied by pictorial representations matching the iconography found on the shrines, for instance the Tree of Life, with volutes and lotus blossoms for branches, feeding caprids, and a lion standing underneath this tree of life.

But in what extent such evidence is enough to indicate polytheism?

“Many classes of objects such as figurines are – contrary to what many of us think – not inherently ‘cultic’ at all,” says Michael Press, an expert in Philistine culture and religion. “They could have been used in a variety of contexts and have a variety of functions. Some of these might be only religious in a broad sense, for instance, providing protection from evil.” They might not have been religious at all, he adds – for instance, some might have been teaching tools.

How then can one tell the difference? “We have to carefully look at the types of buildings we find these items in, what other objects are associated with them,” Press explains.

Also, there might be another aspect to any possible explanation, connected with regional practices.  “The 9th century BC Yavneh shrines – the most spectacular find of the last 15 years or so – are from a site within Philistia. They seem to represent a coastal Philistine tradition rather than an inland Judahite one.” Similar imagery is seen on the shrines is found throughout Israel and Judah as well and in the surrounding near eastern lands.

The broad, and very important, implication of the finds is that different political and ethnic groups used broadly similar classes of objects, though there was regional variation, says Press. Recent finds at Motza, of an apparent temple with figurines that differ from the typical Judahite pillar figurines and horse and riders are the first clear example of a public cultic place in Judah, says Press. They also bear a remarkable resemblance to supposed “Edomite” examples from the Negev (from Horvat Qitmit and En Hatzeva in Judah).

“At the same time, we have to be cautious about trying to draw too much information about something like ‘religion’ from material culture,” says Press. “Archaeologists have a very difficult job in reconstructing the world of ideas, how people thought, from material remains. There is a gigantic interpretive leap from concrete remains to abstract theory. And at best we only get glimpses of that sort of world of ideas and imagination.”

In what extent polytheistic worship of female figurines represented an “official state religion”? That is hard to prove, says Erin Darby, professor of religious studies at University of Tennessee-Knoxville and an expert on Judahite pillar figurines. In her view, “state religion” refers to a religious activity performed by many of the people who lived within a national boundary. It is something sponsored or encouraged by the upper echelon, she elaborates.

“The Judahite pillar figurines certainly tell us that many of the people who lived in Judah – Israel is a slightly different story – used small terracotta females in rituals that I strongly believe relate to protection and healing, most frequently taking place in homes and neighborhoods. This is especially true in Jerusalem, which is the corpus I know the best,” Darby says. She does not believe however that there is the textual or archaeological evidence that connects these particular terracottas to Asherah, the female deity. Still, the fact that Judahite pillar figurines were found in two Jerusalem areas might indicate that “people who were probably affiliated with either palace or temple used figurines.”

Ancient pantheons, not only the famous Greek or Roman ones, had multiple members including semi-divine lower level deities. “The typical version of monotheism associated with ancient Judah is the result of modern people choosing a few texts in the Bible to then reconstruct their ideal picture of what ancient Judeans did,” she sums up. But it clearly wasn’t how people lived their lives.