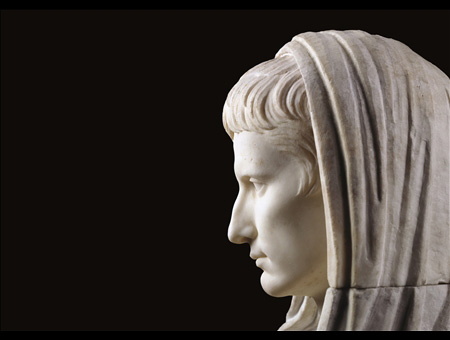 Exhibition to mark the 2,000th anniversary of Augustus’s death

At the Scuderie del Quirinale

The exhibition at the Scuderie del Quirinale to mark the 2,000th anniversary of Augustus’s death tells the parallel stories of his dazzling career and of the birth of a new era. The adopted son and great-nephew of Julius Caesar, Augustus was a man endowed both with exceptional charisma and with extraordinary political intuition. Where even Julius Caesar had failed, he succeeded in putting an end to the decades of internecine strife that had brought the Roman Republic to its knees, and in inaugurating a new political era: the Empire.

His reign, which lasted over forty years, was to be the longest in the city’s entire history. Under Augustus the Empire achieved its greatest expansion, spreading to cover the whole of the Mediterranean basin, from Spain to Turkey and from the Maghreb to Greece, and Germany. The details of his life and dazzling career are known to us both from the emperor himself and from historians as Velleius Paterculus, Suetonius, Tacitus and Cassius Dio. In fact there are very few other Roman emperors for whose life we have such a large number of written sources.

This allows us to reconstruct the stages of a political career in the course of which Augustus held all of the most important public offices, and at the same time to track the disastrous series of deaths in his family that robbed him, in the space of a few decades, both of Agrippa, his son-in-law and deputy, and of the heirs designated to succeed him: his nephew Marcellus, the son of his sister Octavia, and Gaius and Lucius Caesar, the sons of Julia and Agrippa.

Thus on his death the Empire passed into the hands of Tiberius, the son of his third and much-loved wife Livia. The end of civil strife was skilfully marketed as an era of peace, prosperity and abundance. It was then that such crucial concepts as pax, pietas and concordia began to circulate, sung by poets of the calibre of Virgil, Horace and the entire coterie of intellectuals gathered around Maecenas.

The exhibition at the Scuderie del Quirinale will be using a selection of works of art of the highest artistic quality including statues, portraits, household objects in bronze, silver and glass, golden jewellery and precious stones, to offer visitors the chance to explore the emperor’s life and career, which coincided with the birth a new artistic culture and language that continues even today to lie at the very root of Western civilisation.