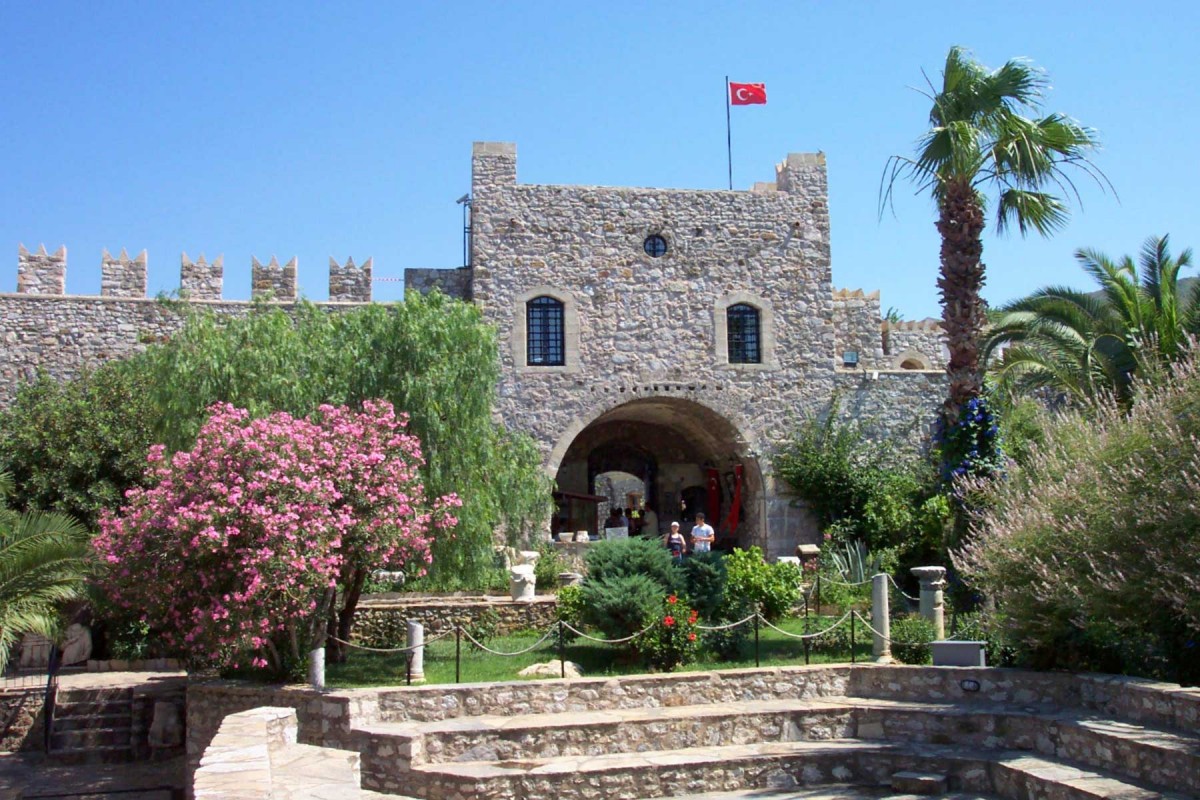 Restoration works at the Marmaris Castle and the museum included within it have been completed and are now open to visitors.

The castle closed to visitors a year ago. It was restored using Khorasan soil, which was also used by the Seljuks and Ottomans; during the bastion’s restoration, the exhibit area of the museum was also renovated.

On the occasion of the reopening of the castle and museum, Culture and Tourism Ministry official Abdurrahman Arıcı referred to the efforts made of Turkish officials for the repatriation of Turkish historic artefacts, stressing that cultural artifacts should be displayed in the places from which they come. Arıcı also said they recently prevented the auction of Ottoman gravestones via a British website before bringing the artifacts back to Turkey.

In the same speech, Arıcı mentioned Turkey’s policy of emphasizing on cultural tourism in addition to sun, sea and sand, adding that such diversification would allow the country to quickly reach its goal of 50 million tourists a year.

Four exhibit rooms of the museum have now opened to visitors. Officials believe that the restoration works in the castle and the museum will increase the number of tourists, which totals close to 60,000 a year.

It is believed that Marmaris Castle was first built by the Ionians (1044 BC) and later on repaired during the era of the Alexander the Great. The Castle was rebuilt and widened by Suleyman the Magnificent during his campaign for the Greek island of Rhodes in 1522. Suleyman the Magnificent used the castle as a military base for his troops. During World War I, the castle was cannon fired by the French Fleet and had a huge damage. Till 1970s, the castle has been an accommodation area. There are 18 houses, a fountain and an arc inside the castle area.

Finally, the castle was restored during the years 1980-1990 and became a museum in 1991. Marmaris Castle has seven indoor areas; two of them are organized as an archaeology lounge and one of them is organized as an ethnography lounge. Remaining areas are used as art galleries and storage.

The castle was registered as a monumental structure in 1983 and opened as a museum in 1991.