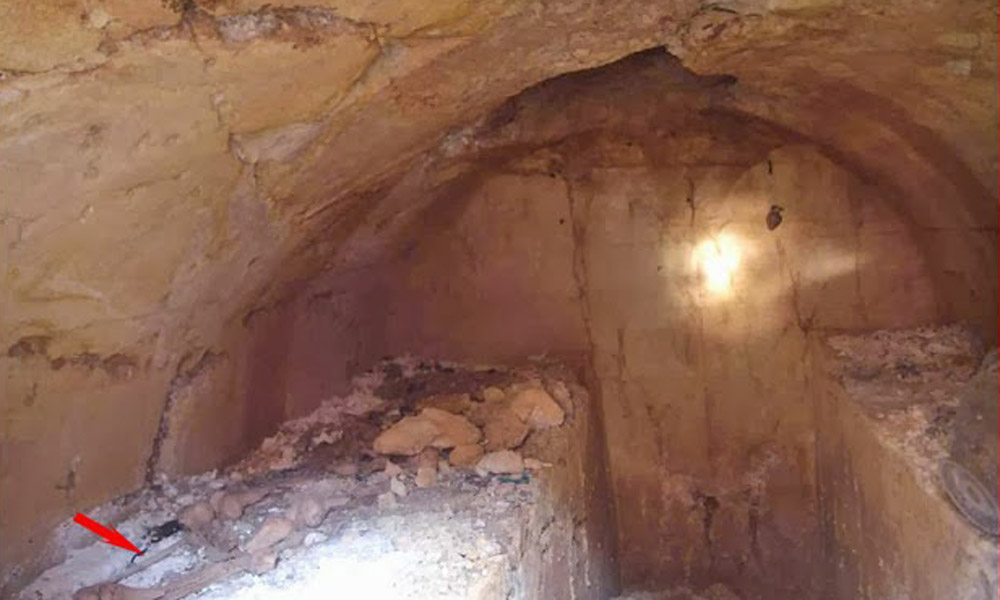 Not long ago, the discovery of an undisturbed Etruscan burial at Tarquinia made headlines in Italy, not only for its content but also for the possible identification of the deceased. According to the press of that time, in the vaulted burial chamber, which contained two stone platforms -in order to house two bodies- the archaeologists had found a complete skeleton lying on the larger platform. The body was adorned with gold jewellery, sealstones and a spear, which had been presented as evidence to identify the deceased as a male. The remains of another body lying on the smaller platform were accompanied by a jewellery box, suitable for a woman, again according to researchers. The puzzle had been solved. Archaeologists and the world were in front of an Etruscan royal couple -probably Tarquinius Priscus (616-579 BC) and his wife.

Piece of cake? Rather not, supports British archaeologist Judith Weingarten. In a recent post appearing on her personal blog, Ms. Weingarten points that the skeleton on the tomb’s larger platform actually belonged to a woman! According to an osteological analysis on the skeleton, published on the 26th of September, the bones are the ones of a lady who died in the age of 35 to 40. As for the bones found on the smaller platform, they belonged to a man.

The findings raise a series of questions about gender issues within the archaeological context. Were there enough possibilities to bury a woman as a man and a man as a woman? Or burial customs connected to gender are largely misunderstood by archaeologists?

“It’s not usual to find the body of a woman with a lance,” explains the tomb’s chief excavator, Prof. Alessandro Mandolesi (Univ. Torino). “After having had the results of the anthropological analysis of the skeleton, and having found the (ashes of) the male, we have a clearer picture of the situation. The lance, in all probability, was deposited as a symbol of the union between the two deceased.”

Still, Ms. Weigarten has her doubts for such an explanation. “Why is it so difficult to understand that the ruling class of Etruscan society was made up of both men AND women?And that some Etruscan women were tough as old boots?”, she asks, presenting a number of written and pictorial sources indicating the unique position women held in the Etruscan society, being outspoken, body concsious enough to work out and more sexually liberated than their contemporaty Greeks. “I can well imagine Tanaquil or Tullia being buried with a spear by her side. Or any other of their female kin, for that matter, who displayed a lively dose of muliebris audacia.”, she comments.