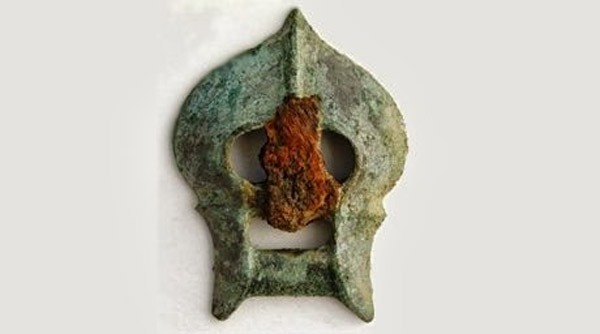 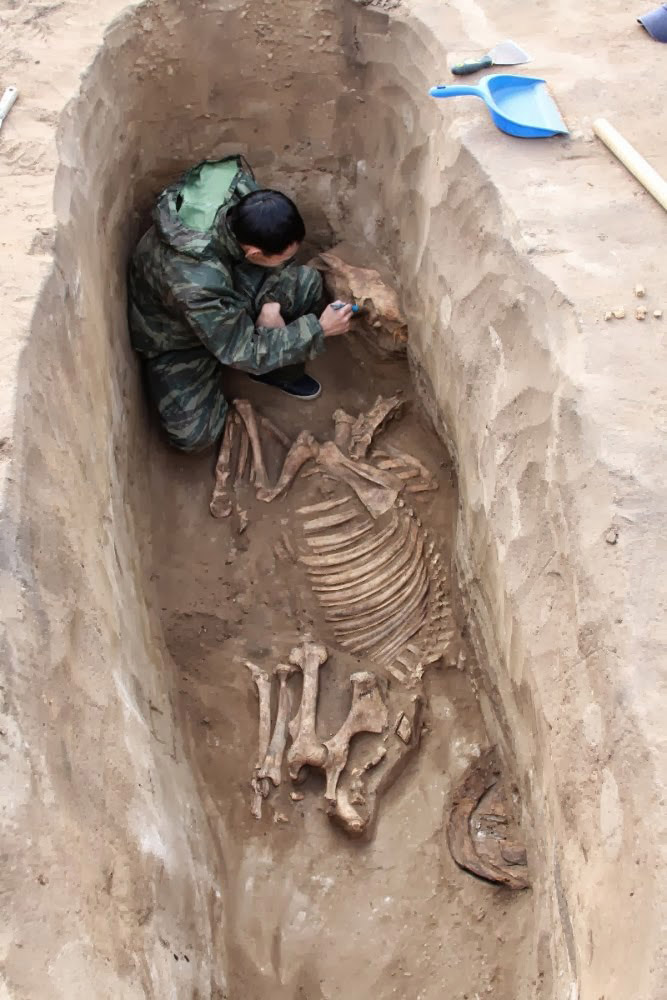 The deceased is said to have been of noble birth

An ancient tomb, presumably of a warrior belonging to the ancient Kimak tribe, has been discovered near Pavlodar in Kazakhstan, local newsagency Tengrinews reports, citing the head of the archaeological expedition Timur Smagulov.

The tomb was discovered by Pavlodar archaeologists near the village of Kenzhekol. The tomb is dated between the 10th and the 12th centuries A.D. The finds include the human remains of the man himself as well as the remains of his horse, fragments of birchbark cocker, arrowheads, bronze buckles and wooden dishes.

“The warrior buried in the mound must have been from among the nobles of the Kimak community. The high status of the warrior is certified by the remains of the gravestone made of sun-dried earth bricks. Similar structures were found at tombs of other famous nomads,” Smagulov said.

According to Smagulov, the presence of the sun-dried earth architecture certifies that the Kimaks had developed construction skills. According to Timur Smagulov, the tomb is yet another argument that confirms the hypothesis of Kazakhstan scientists that the area was key to the Kimak culture in those days, as the administrative centre of the Kimak Khanate was located near the Irtysh River.

The wooden saddle found in the mound sparked the most interest of the archaeologists. “Such discoveries are very rear in the tumuli dating to the Kimak-Kypchak period, as wooden items rarely survive through the years in the soil and get into the hands of archeologists. Thanks to this discovery, we will be get a better idea of the gear elaborating the Kimaks’ horses and the evolution of horsemen’s attributes in the culture of the ancestors of the contemporary Kazakhs,” Timur Smagulov said.