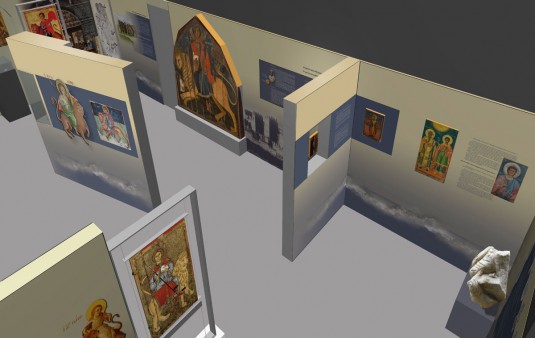 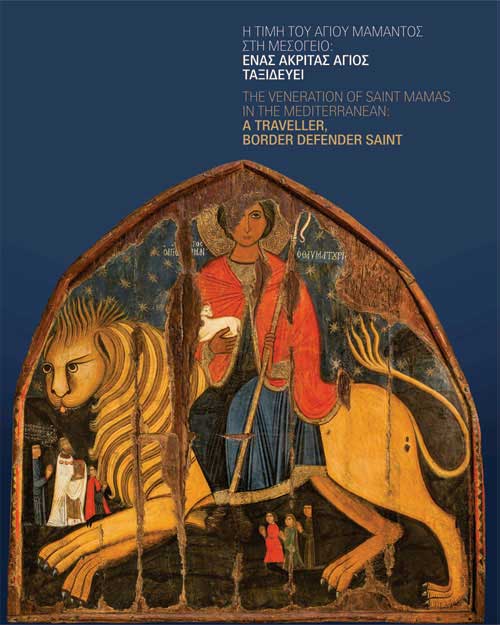 The veneration of Saint Mamas in the Mediterranean

At the Museum of Byzantine Culture

The Museum of Byzantine Culture in collaboration with the Holy Bishopric and the Municipality of Morphou, Cyprus, organizes the temporary exhibition “The veneration of Saint Mamas in the Mediterranean: A traveler border defender saint”, participating thus in the events of Thessaloniki’s 4th Biennale of Contemporary Art, realized within the framework of the “5 Museums’ Movement in Thessaloniki”(5M). The exhibition’s opening is on 23.10.2013 (1.00 p.m.). Agathoniki Tsilipakou and Nikos Bonovas are the curators of the exhibition.

For the first time, the exhibition presents the broad dissemination of the veneration of Saint Mamas, which until today remains alive among different peoples, constituting a network of communication, religious and cultural contacts in the broader Mediterranean region.

The exhibition is structured in seven sections and eleven subsections. Initially, the exhibition traces the identity of the saint, who martyred in Caesarea during the years of the Emperor Aurelianus (270-275 A.D.), as well as the origin of the iconographic type as a shepherd boy.

The personality of the young child Martyr was constructed by a number of elements during many centuries and different traditions, and was enriched with new characteristics in the various places where he is venerated.

Moreover, issues on the “pre-history” of Saint Mamas are displayed, its relation with the ancient tradition of the Mother of Gods and the male figure of the Goddess Ma, the symbolisms of the animals in the Saint’s representations in the Byzantine art, emphasizing on the deer and the lion, as well as his attributes, like the stick.

The main part of the exhibition focuses on the diffusion of Saint Mamas’ veneration in Cyprus, Constantinople, the Eastern Mediterranean and Greece. The characteristics of the Saint’s honour in the East are also presented, emphasizing on Caesarea and Constantinople.

A special section of the exhibition is dedicated to the relation of the two healing and myrrh-streaming saints, Saints Mamas and Demetrius, their common veneration and representation in Greece and Cyprus.

Furthermore, the dissemination of the Saint’s veneration is presented in Greece, through a systematic documentation of names of places, settlements, churches and depictions of the Saint in murals and portable icons.

The exhibition ends by tracing the parallel diffusion of the Saint’s honour in Western Mediterranean.

Having as center the Saint Mamas Cathedral in Langres, France, where a part of his crane is conserved, brought there by the Crusaders after Constantinople’s Fall in 1204, a network of veneration places and churches dedicated to Saint Mamas is developed in Italy, France, Spain and Portugal.

The exhibits, which constitute an impressive and multi-faceted complex ranging from the Early Christian (6th c.) to the Late Byzantine (19th c.) era come from Greece and Cyprus. Some of them are presented for the first time to a broad and specialized public. They come from the collections of the Museum of Byzantine Culture, other public museums, Ephorates of Antiquities of Greece and museums and churches of Cyprus.

The exhibition “The veneration of Saint Mamas in the Mediterranean: A traveler border defender saint” is presented by the Museum of Byzantine Culture in the context of the main program of the 4th Thessaloniki Biennale of Contemporary Art.