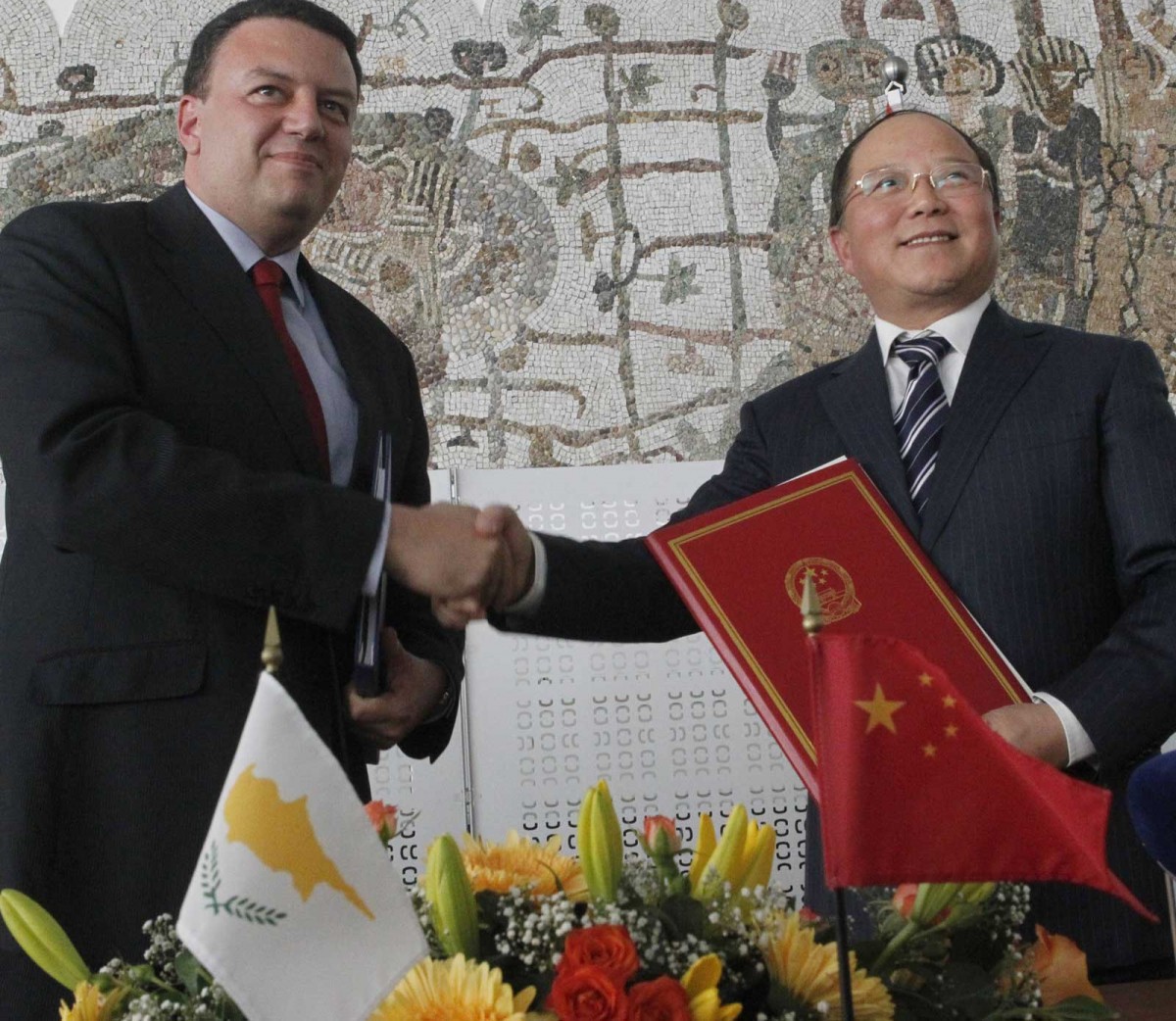 Relations between Cyprus and China in the field of Culture strengthened

The Minister of Education and Culture Mr Kyriakos Kenevezos, had a meeting yesterday with the Vice-Minister of Culture and Director General of State Administration for Cultural Heritage of the People’s Republic of China, Mr Li Xiaojie. The Chinese Minister led a six-member delegation, which is visiting Cyprus for the signing of agreements to prevent theft, clandestine excavation and illicit import and export of cultural goods.

Mr Kenevezos praised the excellent so far relations between the two countries in the field of Culture and committed for their further development. He explained that the development of relations in the field of culture is particularly important for Cyprus and stressed that China, as a friendly country, rich in history and culture, is an important partner in this effort. He noted that the cooperation between the two countries will be strengthened with the signing of the Executive Program for Cultural Cooperation for 2013-2017. He explained that the text of the program is completed from a technocratic side and the goal is the signature of the Program during his visit to China in December.

Mr Li Xiaojie confirmed that relations between the two countries are excellent and stressed that these intimate and timeless relationships should be continued and strengthened. He committed himself to take appropriate action so that the signature of the Programme to be held during the visit of the Cypriot Minister in China.

NOTES
1. Press and information office of the Republic of Cyprus