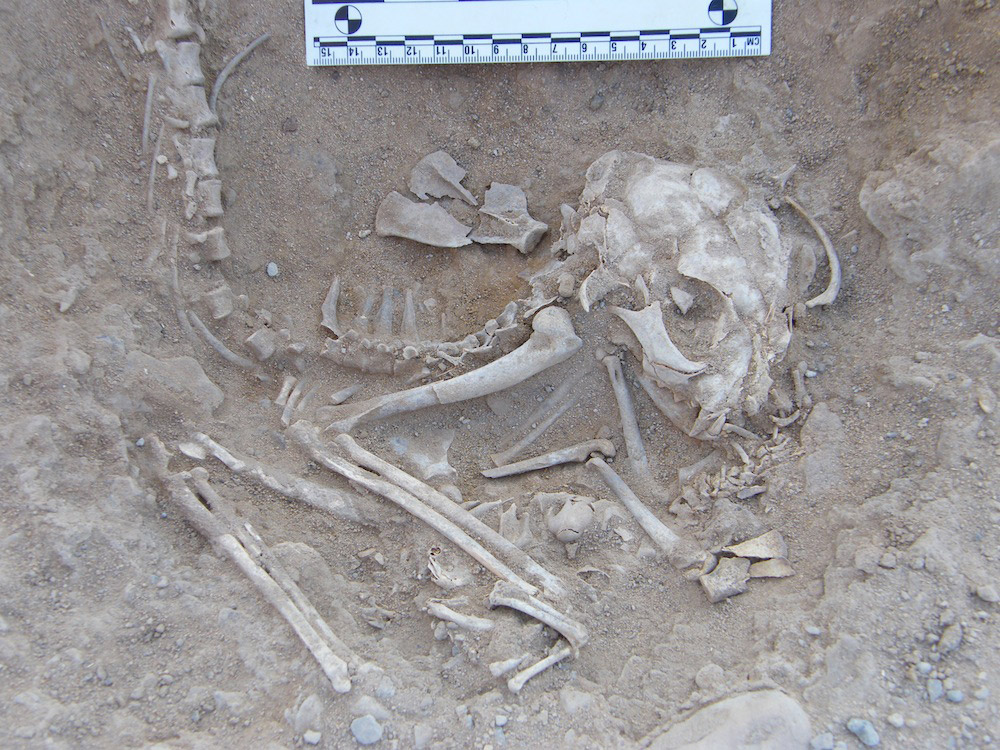 Cat Domestication in Egypt Pushed Back By 2,000 Years

Bones from cats found in Hieraconpolis, Egypt, may push back the date of cat domestication by 2,000 years, researchers claim.

The animal bones, consisting the remains of two adult cats and four kittens, come from a cemetery for the wealthy in the site that served as the capital of Upper Egypt during the Pre-Dynastic period. They were found at at least two litters, while the timing of those litters as well as the bones’ size allowed scientists to suggest that the animals may had been kept by humans. Their presence in the cemetery, as well as that of other animals, is seen by experts as part of religious rituals or sacrifices.

What is really important regarding the find, however, is the connection between the animals’ domestication and their early date. The cats’ bones seem to date to between 3600 B.C. and 3800 B.C. -that is at least c. 5,600 years ago. This would be 2,000 years before the earliest known evidence of cat domestication in Egypt, and also a bit earlier than another known case revealed so far, coming from China and described in a December 2013 article as dating back 5,300 years. The earliest cat domestication case known so far is represented by the finding of 9,500-year-old joint burial of a cat and a human in Cyprus, in 2004.

“The last word on cat domestication (when and where) is not yet said,” stated Wim Van Neer, a bioarchaeologist at the Royal Belgian Institute of Natural Sciences and Catholic University, Leuven, who was part of the research team led by excavation director Renée Friedman.

The size of the bones suggests the cats belong to the species Felis silvestris, a small wildcat found in Africa, Europe and Central Asia. This is the species most likely to have been domesticated into today’s modern housecat.

Researhers now hope on additional DNA evidence that will allow safer proposals on the origins of domesticated cats. The Cyprus cat burial suggests that felines and humans lived in close quarters very early in the Levant(Cyprus, modern-day Israel, Lebanon, Syria and Jordan).