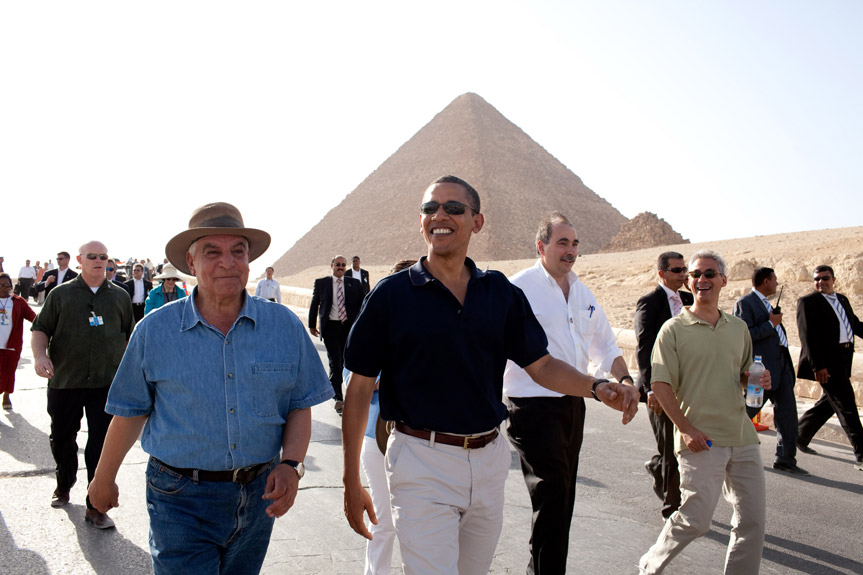 National Geographic’s reputation as one of the world’s most respected educational and scientific institutions might face challenges as the nature of its ties with the notorious former Egyptian SCA secretary general Zahi Hawass are reportedly under serious investigation. The Washington-based organisation, is questioned on whether it violated strict US laws on payments to officials of foreign governments in contracts, starting in 2001 with Dr Zahi Hawass.

Till 2011, archaeologist Zahi Hawass was holding the keys to his country’s many popular antiquities.Taking advantage of his position as the Head of Egyptian Antiquities and of his friendship with the then Minister of Culture Farouk Hosni as well as the First Lady Suzanne Mubarak, he was a self proclaimed sole gatekeeper to all things ancient Egypt, with nobody able to deny him this status. On the other side, National Geographic was rapidly extending its public reach beyond its well-known glossy magazine to a cable television channel and other enterprises, becoming the most well-known means of bridging the gap between research in archaeology (and other disciplines) and the wider public. But Hawass needed fame and National Geographic needed access to “fresh” finds from Egypt.

The rest is history. Zahi Hawass signed successive deals with National Geographic that named him an “explorer-in-residence”. The deal gradually made him a celebrity with armchair archaeology fans in America and wherever National Geographic TV is shown. For a decade, Dr Hawass seemingly played a critical role in giving National Geographic constant access to the antiquities, including the pyramids and Tutankhamun treasures which because of their popularity with the public became a lynchpin of its expansion. Still, fees for those services, which according to the Vocativ news web site ranged from $80,000 (£50,000) to $200,000 a year, could be interpreted under US law as illegal bribes.

Any US investigation will be focused less on any possible wrongdoing by him but rather by National Geographic, a charity that first began publishing its magazine with the familiar yellow borders in 1888, with particular reference to the Foreign Corrupt Practices Act which forbids US entities from paying bribes to foreign government to gain an unfair competitive advantage. Companies targeted by the act recently have included WalMart, accused of paying illegal fees to officials in Mexico to speed the approval of building permits for its superstores.

The Justice Department declined to confirm the investigation. “As a matter of long-standing policy, we generally do not confirm nor deny whether a matter is under investigation,” Peter Carr, a spokesman with the Justice Department Criminal Division, told The Independent. In a separate statement, a spokesperson for the National Geographic, said: “The National Geographic Society has complied with all applicable laws and acted appropriately with respect to its relationship with Dr Zahi Hawass and the government of Egypt.”

Dr Hawass, who lost his perch as protector of his country’s ancient treasures after the first Egyptian uprising and fall of Mubarak, was likewise indignant. “No one can bribe me,” he told Vocativ. “I’m the most famous Egyptologist.”

The institution insists nothing was underhand in its dealings with Dr Hawass. “If there were requests made by governmental entities about our activities, we would co-operate fully and transparently,” a spokesperson told Vocativ.