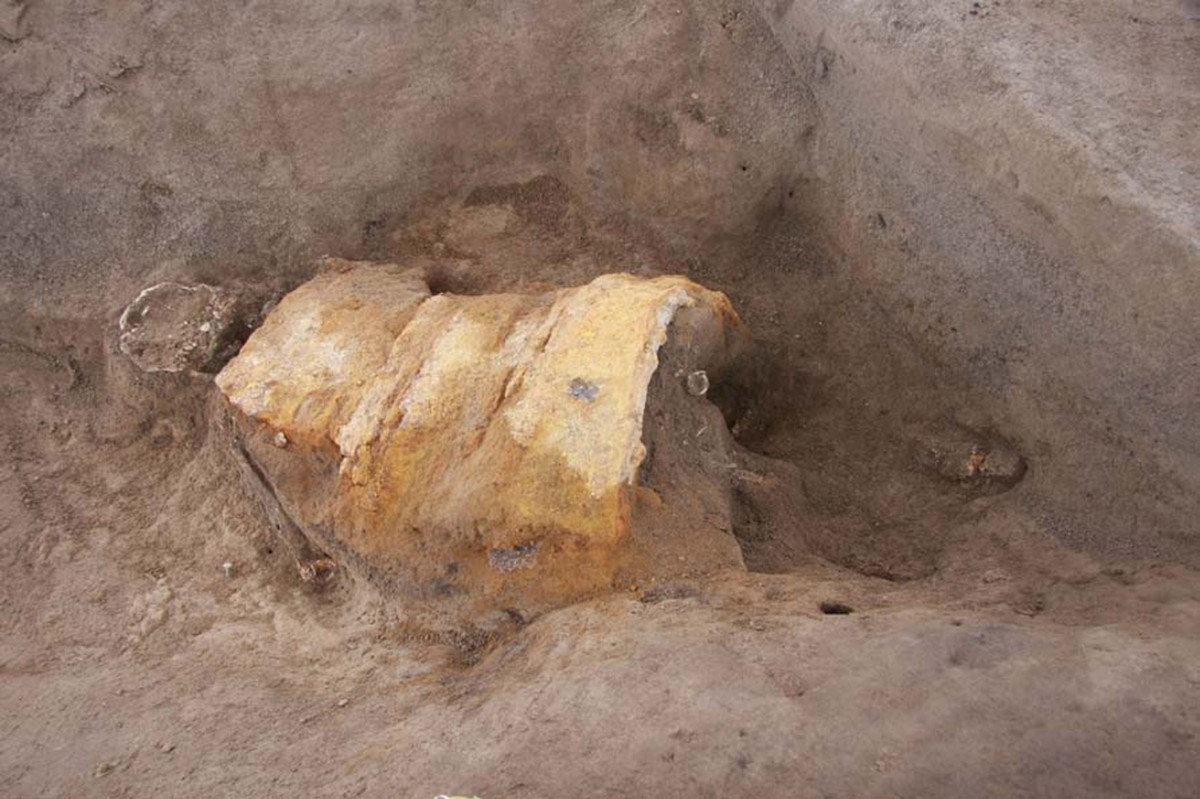 Helmet might be the first one of its kind that was functionally used, if it can be confirmed that it was worn

An iron helmet has been detected by CT scan below the scull of a man discovered in a Kofun period tomb (ca 300-ca 710) at the Kanai-Higashiura archaeological site, Shibukawa, Gunma Prefecture, Japan.

According to a report by the Gunma Prefectural Board of Education and Gunma Archaeological Research Foundation, the helmet was found during the investigation of the bones of the man found in the Gunma prefecture in November last year.

The presence of the iron helmet was confirmed beneath the man’s facial bones in a computer tomography scan, according to Toshiyuki Uchiyama, section chief of the excavation division of the Tochigi Miraizukuri Foundation’s Archaeological Research Center.

“It is highly possible that this is a helmet that was actually used during the Kofun period, the first ever confirmed in the country,” Uchiyama said.

Although similar helmets have already been found in ancient tombs of the mid- to late-Kofun period, they were all made for ritual or ornamental purposes, such as burials. Therefore, it will be the first helmet that was functionally used if it can be confirmed that it was worn.

The CT scan of the soil covering the skull showed the 13-cm. high helmet, which is 25 cm. by 20 cm., according to the organizations. The shikoro, the part for covering the back of the head and neck, remains in the helmet. It also has hoate cheek protectors. Like the armor, which was found last year, the helmet is made with kozane metal scales.

“The helmet and the armor are highly likely to be a set of defense tools. The man wearing them might have been the most powerful person in the area,” Uchiyama added.