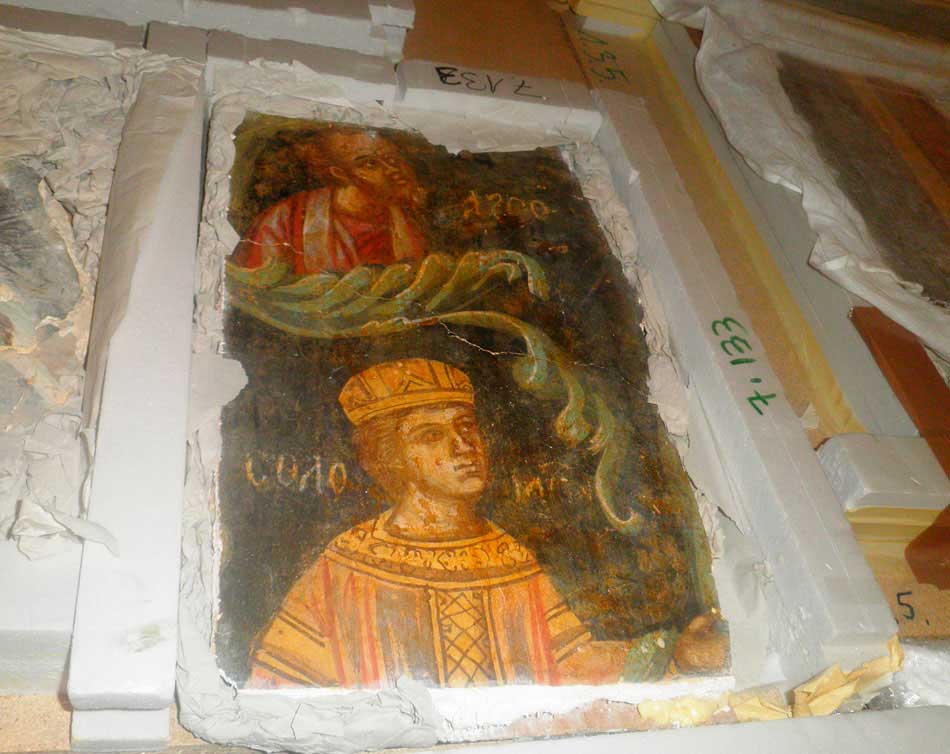 Repatriation of the 173 ecclesiastical cultural treasures

In the Byzantine Museum of the Archbishop Makarios III Foundation, in Nicosia

Today, Tuesday 12 November 2013, a ceremony will be held in the Byzantine Museum of the Archbishop Makarios III Foundation, in Nicosia, to mark the repatriation of the 173 ecclesiastical cultural treasures which were stolen from the occupied areas of the Republic of Cyprus. It constitutes the largest number of cultural objects ever repatriated in Cyprus and the repatriation was achieved after a long legal battle in the Regional Court of Munich.

The 173 byzantine and post-byzantine antiquities that still bear the signs of irreversible damage caused during the process of their detachment from the churches, come from Greek-Cypriot churches and churches of the Maronite community. They are unique examples of ecclesiastical art of Cyprus and will be temporarily exhibited in the Byzantine Museum until the day of their return to the places where they belong.