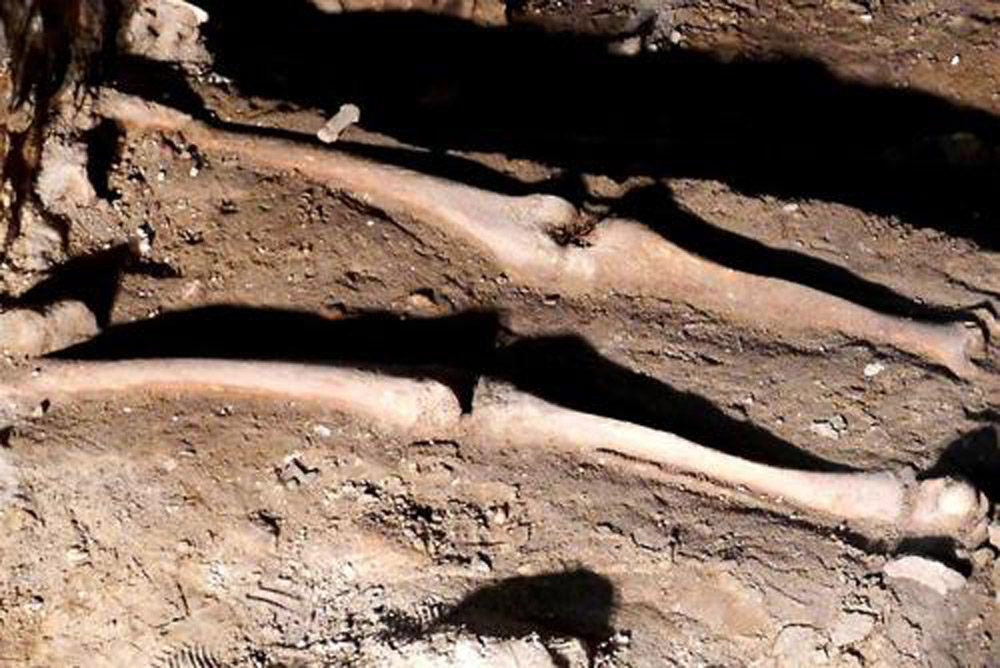 More human remains from burials in the period from the 12th to the 18th century have been discovered during the renovation of the oldest school in Poland and one of the oldest in Europe, the Marshal Stanisław Małachowski High School (Małachowianka) in Płock (Mazowieckie).

According to excavation work coordinator archaeologist Dr. Marek Barański, in the immediate vicinity of the foundations of the Romanesque Collegiate Church of Saint Michael the Archangel, archaeologists found the remains of about 70 people, including children, in successive layers.

Earlier, in February, in the basement of early school buildings – in preserved part of the collegiate church and adjacent area, archaeologists discovered the remains of about 100 people.

Founded in 1180 at the Collegiate Church of Saint Michael the Archangel, Malachowianka school has operated continuously in the same place since. It is one of the oldest schools in Europe. According to recent studies, the reconstructed Romanesque collegiate church was one of the earliest Gothic buildings in Poland.

“Remains recently discovered on the south side of the Collegiate Church confirmed that this was the location of a large cemetery complex, where the people of Płock were being buried since the early Middle Ages” – Dr. Barański told PAP. He explained that the oldest burials were found at a depth of about two and a half meters in the layer from the 12th and 13th centuries, and others in successive layers to the most recent one, dating back to the 18th century.

Barański added that only few artefacts had been discovered in these burials, mostly fragments of pottery and a medieval spur. “This is a curiosity, because we expected to find more artefacts, such as clothing accessories of coffin nails. It was probably the custom here to bury the dead in the shroud only” – said the archaeologist.

Barański announced that the recently discovered remains , as those found previously, would be subjected to detailed anthropological research. Upon completion of excavation and research, all the remains found during excavations will be buried again on the school area, at the location chosen specifically for this purpose.

Renovation work at Małachowianka began in September 2012 and will continue until 2014. They include the renovation of the roof and facades of historic buildings, and the foundations will be drained. Renovation and modernization will also cover the museum located in the school basement. The cost of the works, exceeding PLN 29.9 million, will be covered mostly by the European Union, and the Płock City Hall will cover the rest.

The Marshal Stanisław Małachowski High School received its current name by resolution of the Płock City Council in 1921. The school was founded in 1180 at the Collegiate Church of Saint Michael the Archangel, as a foundation of Dobiechna, widow of Wojsław, guardian of Bolesław III Wrymouth, the ruler of Poland, buried in the crypt of the cathedral of Płock. Since then, many times rebuilt, the school has been on the same site.

The oldest preserved part of the school are the foundation and part of the walls of the early medieval Collegiate Church of St. Michael the Archangel. Other surviving objects ate the 15th century tower and the 17th century wing of the Jesuit College, which existed from 1611 until the second half of the 18th century.

The teachers of the school included: professor of rhetoric St. Andrew Bobola (c. 1591-1657), Wojciech Szweykowski (1773-1838) – the first rector of the University of Warsaw. Famous students include: Hieronim Napoleon Bońkowski (1807-1886), who later became a teacher of children of Adam Mickiewicz; Honorat Koźmiński (1829-1916) beatified by Pope John Paul II, president of the Second Republic of Poland, professor at the Lviv Polytechnic Ignacy Moscicki (1867-1946) , colonel of aviation, fighter in the Battle of Britain, commander of the Polish wing and the famous 303 Squadron Jan Zumbach (1915-1986) and Tadeusz Mazowiecki (1927-2013) – the first Prime Minister of the Third Republic of Poland.