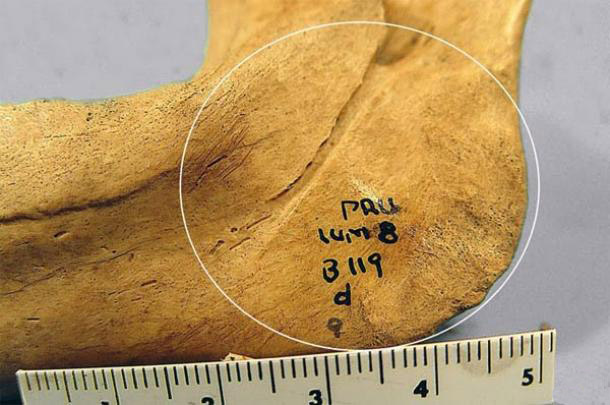 Evidence of Cannibalism Among the Aztecs

According to Mexican archaeologist Gabino Lopez Arenas, who carried analysis on human bone material found among the offerings of the Great Temple at Tenochtitlan, the capital of the Aztecs, and in the surroundings of the site, found that the deceased had been decapitated, dismembered, butchered and consumed.“We observed that immediately after the victims were immolated their flesh was removed, this is confirmed because a great quantity of bones had cuts and alterations that were done while the bone was fresh and recently exposed to fire.”, says Arenas, who suggests cannibalism aimed at absorbing the divine force that held the body of the sacrificed.

According to Arenas, the Aztecs believed that the practice of cannibalism enabled one to take on the strength that remained in the victim’s body. It was believed that humans were incarnations of the gods they represented and by eating flesh, they could share that divinity. Litterary evidence suggests that cannibalism was purely ritualistic and it was practiced solely by the sociel elite and mainly by priests.