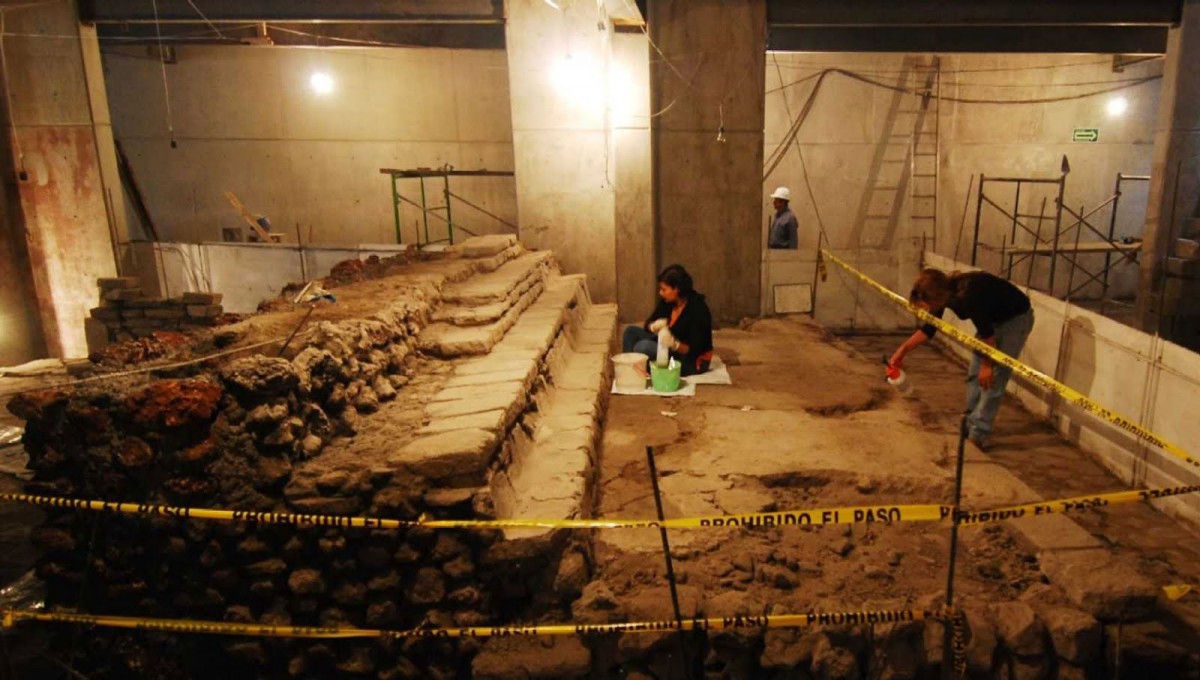 The ruins of a school in the sprawling pre-Columbian city of Tenochtitlan where children of Aztec nobility received military and religious training are on display here at the Cultural Center of Spain, or CCEMx.

Known as the Calmecac and built between 1486 and 1502, the school was located some 100 meters (325 feet) from the Templo Mayor, the main ceremonial center in the Aztec capital, where present-day Mexico City is located.

The archaeological find was made during renovation work in recent years to expand the CCEMx, the project’s coordinator, German Rostan, said.

The school was one of the most important architectural complexes at the height of the Aztec civilization, an institution where future political leaders, priests and warriors were groomed, archaeologist Raul Barrera, head of the Calmecac excavation work and the study of its remains, said.

Barrera said the find consists of a platform with a stucco floor and a pavement in front, as well as remains of basalt stone slabs.

More than 100 artifacts representative of the pre-Columbian, colonial and modern periods also were found nearby and will “enrich the anthropological studies,” Barrera said, although he added that only 88 of them will be exhibited at the CCEMx and that Mexican authorities will store the rest.

Those two decorative pieces were made of clay and in the shape of a spiral and had been deposited as an offering.

Other important relics include a stone head of Ehecatl, the god of the wind, as well as a human jaw that was engraved in honor of Mixcoatl (cloud serpent), the god of hunting and war.

According to CCEMx director Ana Tome, the discovery “has been one of the best opportunities to learn about aspects of Mexico’s ancient civilizations.”

She said the artifacts are part of Mexico’s cultural heritage and the Spanish government will merely “fund the cost of their maintenance.”

To avoid damaging the ruins, the excavation work was carried out with pick and shovel,” Rostan said, adding that “it was an arduous two-year job.”