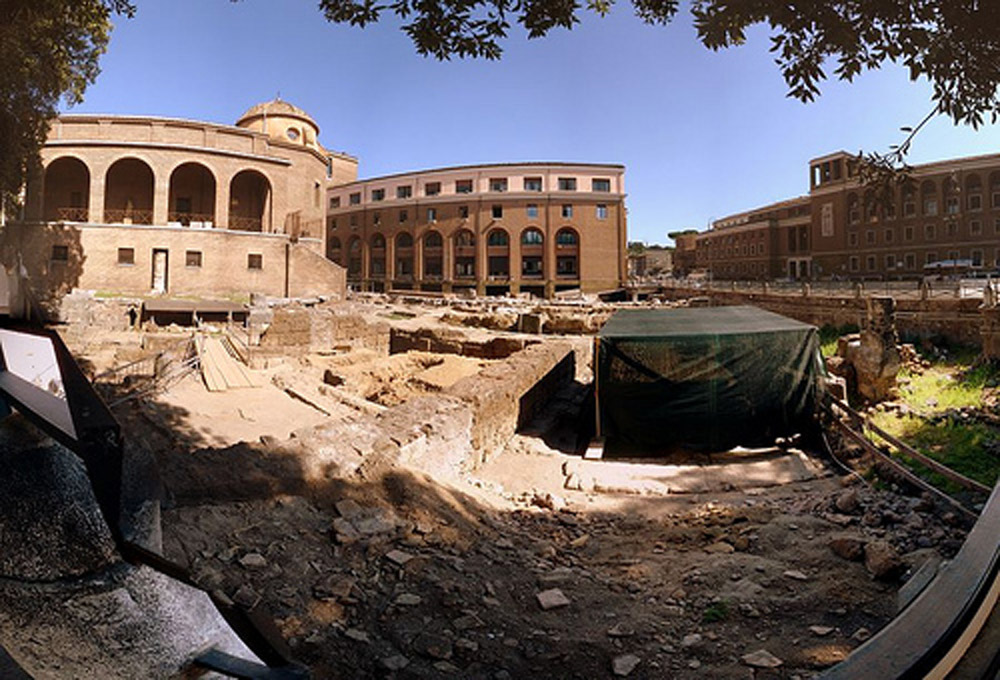 Along the bank of Rome’s Tiber River, near a bend which might have been used as a natural harbor lay the remains of a building which might have represented the Eternal City’s earliest temple!

The ruins were uncovered by archaeologists from the University of Michigan excavating the site around the medieval church of Sant’Omobono, in Rome. Since the finds were located below the water table, the archaeological team had to hold the water back by using metal sheets and to dig at about 7,5 ft. below the water. What finally came to light, was the foundation of the temple, which was probably dedicated to the Goddess Fortuna and it might have been the first monument archaic merchants would face as they approached Rome’s port back in the 7th century BC.

“At this point Rome is trading already as far afield as Cyprus, Lebanon, Egypt. So they build this temple, which is going to be one of the first things the traders see when they pull into the harbor of Rome,”, says the mission’s co-director Nic Terrenato, adding that offerings dedicated to the goddess found in situ might have been left behind by such individuals.