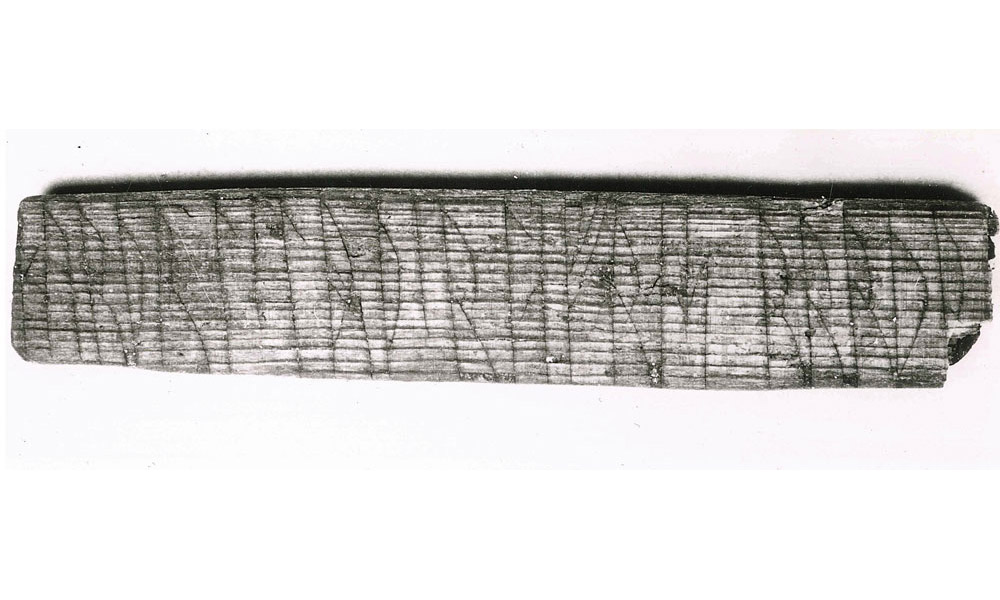 To Kiss a Viking and Other Runic Messages

The Vikings used to send each other messages such as “kiss me”, writing them in the so-called jötunvillur runic code on wooden tablets.

This is what Norwegian Ph.D researcher K. Jonas Nordby revealed after decoding several inscriptions where the jötunvillur code was used. Nordby, a runologist studying at the University of Oslo, seeked to explain the use and meaning of the code, which is found in more than 80 Norse inscriptions. But instead of revealing deep secrets of the Vikings, he found out that the jötunvillur code was used in a pretty much casual way, often playfully.

Nordby started to figure out the jötunvillur code’s true character when he managed to read what was proved to be its “Rosetta Stone”: a 13th century stick found near Bergen, Norway, where two male names, Sigurd and Lavrans, were carved in both standard runes and the jötunvillur code. He then indicated how the code worked, in relation to the standard runic script. For the jötunvillur code, one has to replace the original runic character with the last sound of the rune’s name. For example, the rune for the sound ‘f’, which is called ‘fe’, would be turned into an ‘e’, while the rune for ‘k’, called ‘kaun’, became ‘n’. “It’s like solving a puzzle,” said Nordby to the Norwegian website forskning.no. “Gradually I began to see a pattern in what was apparently meaningless combinations of runes.”

The rest of the story is fascinating. Nordby managed to read the message “Kiss me” in one of the tablets, a 900 year old wooden chunk from Sigtuna, Sweden. Other inscriptions were urging the potential reader to figure them out while in others, the writer was boasting on his ability to write in code. It seems that the jötunvillur, and probably other -not yet deciphered- codes were often used in the framework of mind games between the Norse or for the writing of everyday messages. Still, there are cases where a runic inscription actually carries no message, as it was made or copied by an illiterate or less trained person.

“We still know very little about the use of runic codes, so each new piece of information is important. My finding means we might have to look at reading and writing runes in a new way. This may help us in understanding how the runic knowledge was conveyed,” Nordby says, indicating that understanding runes will bring us closer to the mindset through which the Vikings were viewing the use of writing.