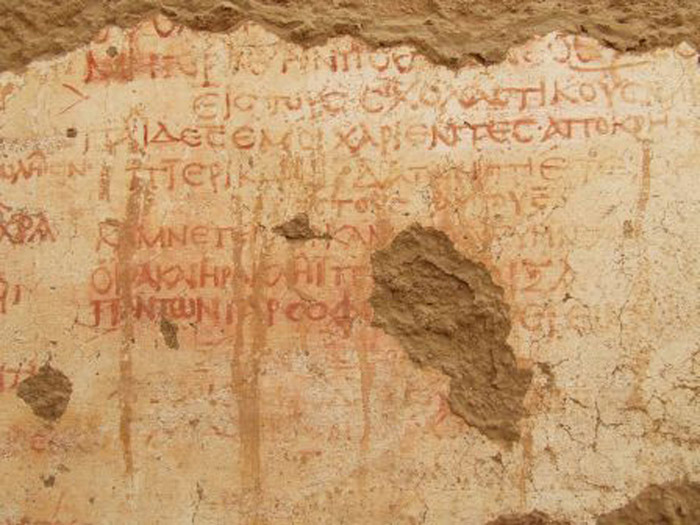 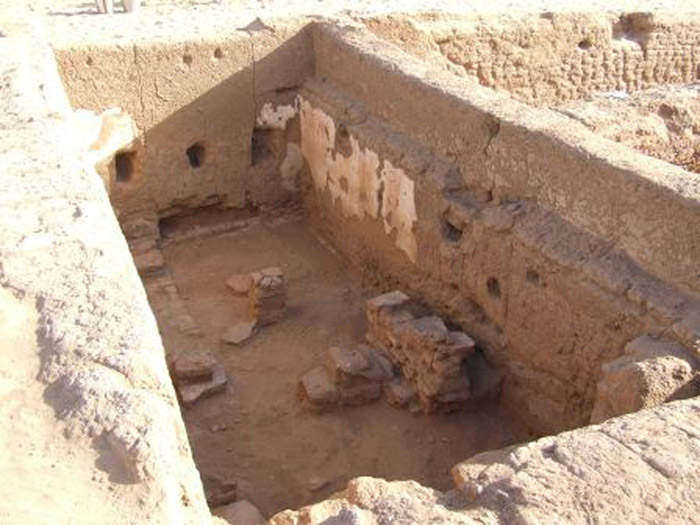 Homer and Drugs in a Grecoroman School

A didactic text from a school wall in Amheida-Trimithis

A text about ancient drug use that references Homer’s “The Odyssey” has been identified by archaeologists written on the walls of a building that housed a school during the Grecoroman period.

The building, which contains built benches where students would sit, has been found in Amheida, in Egypt’s Dakhla Oasis, identified with the location of the ancient city of Trimithis. According to researchers it functioned as a school for about 10 years, after which it was converted to become part of a larger building of residential character. Originally excavated in 1979, and from 2001 onwards, the site has yielded interesting architectural elements as well as pieces of wall paintings -including images of the Olympian Gods- and inscriptions.

The texts are “further proof that teaching and learning took place there, and confirm that they belong to the only building so far discovered from antiquity that was certainly a school and showed educational activities,”writes Raffaella Cribiore, a professor at the project’s main sponsor, New York University, in an article for the journal Zeitschrift für Papyrologie und Epigraphik. In one case, a text written on the school’s wall states: “Be bold, my boys; the great god will grant you to have a beautiful crown of manifold virtue”. “Work hard for me, toils make men manly …”, reads another part of the text.

Another text’s content, however, sounds quite strange in modern ears with regard of its didactic qualities, as it is interpreted as an evidence of drug use. In the Homeric scene, set in Sparta during Telemachus’ visit, Helen (who has long returned from Troy with her husband, Menalaus)  treats her guests with something that “takes away grief and anger, and brings forgetfulness of every ill,”. “Whoever should drink this down when it is mixed in the bowl would not let fall a tear down his cheek in the course of that day at least”. On the school wall the Homeric passage ends with the teacher’s command: “Imitate”.

The word “imitate” appears to indicate the students should copy the passage in some way. According to Live Science, ancient records suggest that some people believed this passage had a magical quality to it that could calm young people.

After a decade of use, the school seems to have been closed. As Prof. Cribiore explains, during Antiquity, schools were identified with a teacher and in case this teacher died or moved into another city, the school had to close. School buildings often would be left to their fate or their characteristics would change during their conversion into another function. In the Amheida case, however,  the school building was incorporated into a private residence of somebody -a man naned Serenos- who chose to maintain its characteristics (benches and inscriptions), despite the fact he used the room for storage.

The text written by the teacher was first published in the 2008 edition of the Journal of Roman Archaeology.