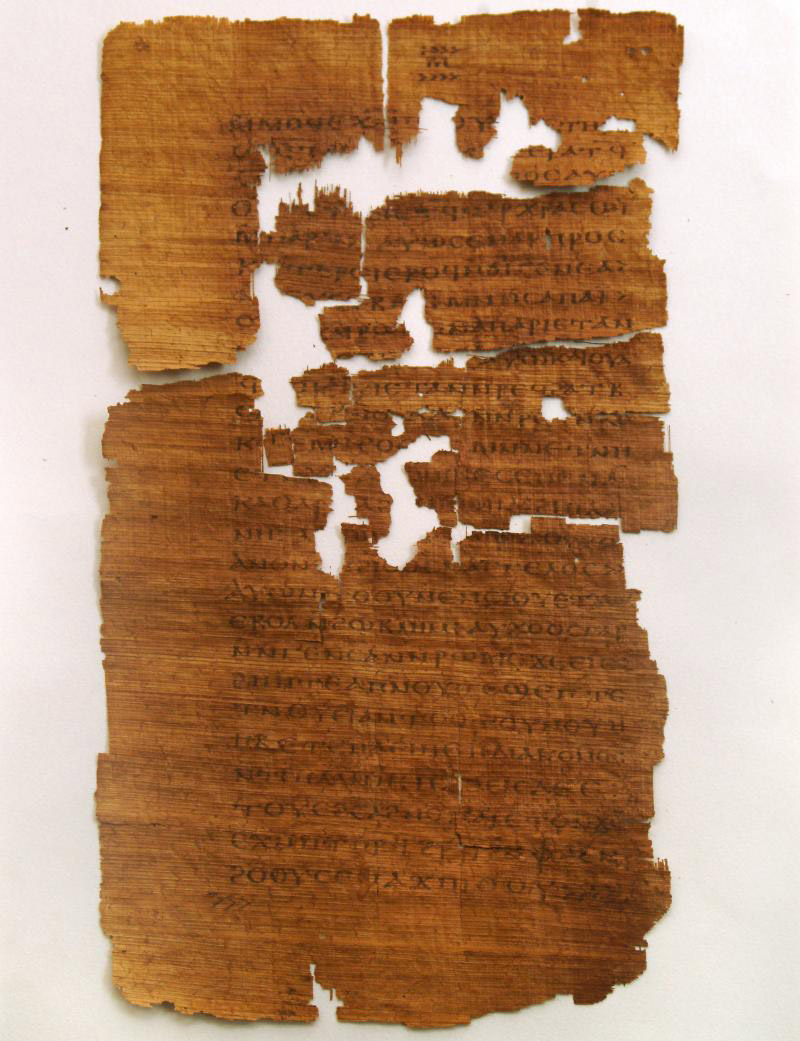 Writing the Gospel of Judas

What is it possible to be shared by the Gospel of Judas and a Late Antiquity marriage contract from Egypt? “The ink” might answer the most conspicuous of you and you will be right. Plus, you are sharing the same thought with researchers who focused on analyzing the ink used to inscribe the Gospel on papyrus and comparing it with similar material found in other manuscripts to define the controversial text’s authenticity and date.

The five-member research team, headed by senior research microscopist Joseph G. Barabe (McCrone Associates), worked on a part of a multidisciplinary effort organized in 2006 by the National Geographic Society to authenticate the Gospel of Judas, which was discovered in the late 1970s after having been hidden for nearly 1,700 years. The text, written in Egyptian Coptic, is compelling because -unlike other Biblical accounts that portray Judas Iscariot as a reviled traitor -suggests that Jesus requested that his friend, Judas, betray him to authorities.

After analyzing a sample, Barabe and his colleagues concluded that the gospel was likely penned with an early form of iron gall ink that also included black carbon soot bound with a gum binder. While this finding suggested that the text may have been written in the third or fourth century A.D., the researchers found that the iron gall ink mix used to pen the Gospel lacked one component, sulphur, which is found in all types of such mixes.  “We didn’t understand it. It just didn’t fit in with anything that we had ever encountered,” he said.

Ultimately, Barabe found a reference to a small French study conducted by scientists at the Louvre who analyzed Egyptian marriage and land records written in Coptic and Greek and dating from the first to third centuries A.D. Much to Barabe’s relief, those researchers had determined that a wedding certificate and other documents were written in ink made with copper, but little or no sulfur.

“Finding that study, and realizing its implications, tilted my opinion a little in the direction of it being appropriate for the era,” Barabe said. “My memory of that experience remains quite vivid. I had a sudden feeling of peace that things were okay, and that I could submit my data without qualms.” Barabe now suspects that the ink used in the Gospel of Judas was probably transitional, a “missing link” between the ancient world’s carbon-based inks and the iron gall inks (made with iron sulfate) that became popular in medieval times.