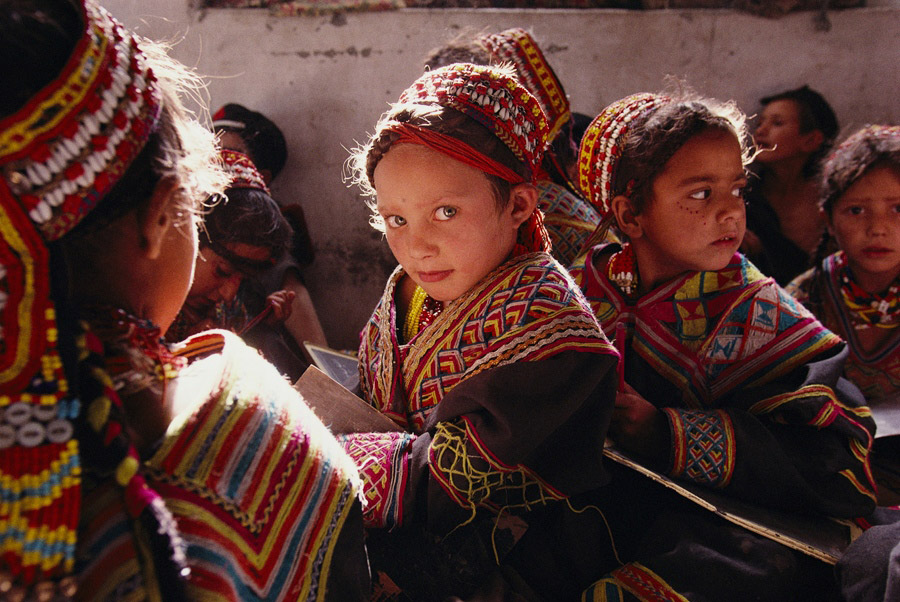 History Written on Our Genes

The Kalash, as well as the Tu people of China, might actually have some Greek ancestry

Historical events connected with interactions between different nations such as invasions and migrations are reflected in the modern human genome where evidence of mixed racial heritage still survives, a new research suggests.

The study, performed by a research team led by Garrett Hellenthal (University College London Genetics Institute) and published recently in the journal “Science”, aims to define which populations interbred, and when, over the past 4,000 years, using a number of statistical methods. As reported by Nature website, “the authors sequenced DNA from 1,490 people from 95 genetically distinct populations around the world, and tested almost 500,000 single-letter variations in DNA known as single nucleotide polymorphisms, or SNPs”.

Evidence of genetic mixing came out within 80 out of the 95 of the populations examined, while the time mixing events took place was found to coincide with historical events of population interaction evident from historical records. For example, the study confirmed the notion that the Hazara people of Afghanistan and Pakistan are descended partially from Mongol warriors, since it was showed that that Mongol DNA entered the Hazara around the time that the Mongol Empire was expanding.

In other cases, DN analisis seems to confirm poorly recorded but plausible events. The Kalash, a population living in isolation in the remote Chitral valley in Pakistan, present such a case. Significantly different in appearance to the rest of the Pakistani population, they are said to be descendents of Alexander the Great’s Greek troops, although there was nothing to really confirm that, apart from certain elements in their culture interpreted by some as of Greek origin. Previous genetic studies aiming to shed light on the Kalash’ ancestry had been proven inconclusive. Still, the current study indicated that the DNA of the Kalash showed evidence of input from Europe or the Middle East -the researchers could not pin down a precise geographic location- between 990 and 210 bc — a period that overlaps with that of Alexander the Great. Europeans similar to modern Greeks seem to have also mixed with an East Asian population around 1200 AD, according to the DNA analysis results from the Tu people from modern China. This unexpected find can be explained as a result of interaction between local Chinese and European merchants travelling the Silk Road.

As explained in the Nature newspost, “with the exception of the sex-determining chromosomes, every chromosome type in human cells occurs in two similar, but not identical, versions — one from each parent. But when it comes to creating the next generation, those two versions are merged into one chromosome by piecing together segments from each, and the resulting ‘recombined’ chromosomes are what goes into sperm and egg cells. The length of uninterrupted segments from each source decreases over successive generations, so the size of those segments serves as a timer: the longer the ancestral segments remain in modern-day genomes, the more recently the genetic mixing took place”.

Still, in modern genomes there is currently little chance to trace “DNA that is a good approximation of that from the original source groups, especially for older mixing events where one of the ancestral populations might have died out without leaving any direct descendants”.

“Hopefully in future, we can find them by adding data from ancient DNA samples,” says study co-author Simon Myers (Department of Statistics, Oxford University), adding that researchers also plan to expand their research using larger sample sizes to surpass other obstacles, such as to define sources of mixing when it occurred between genetically similar groups or in multiple “waves” over time, or multiple groups.

“That will give us a deeper understanding of human history, but it could also help us to understand how rare genetic variants, which can spread through mixing events, influence health and disease in different populations.”, he concludes.