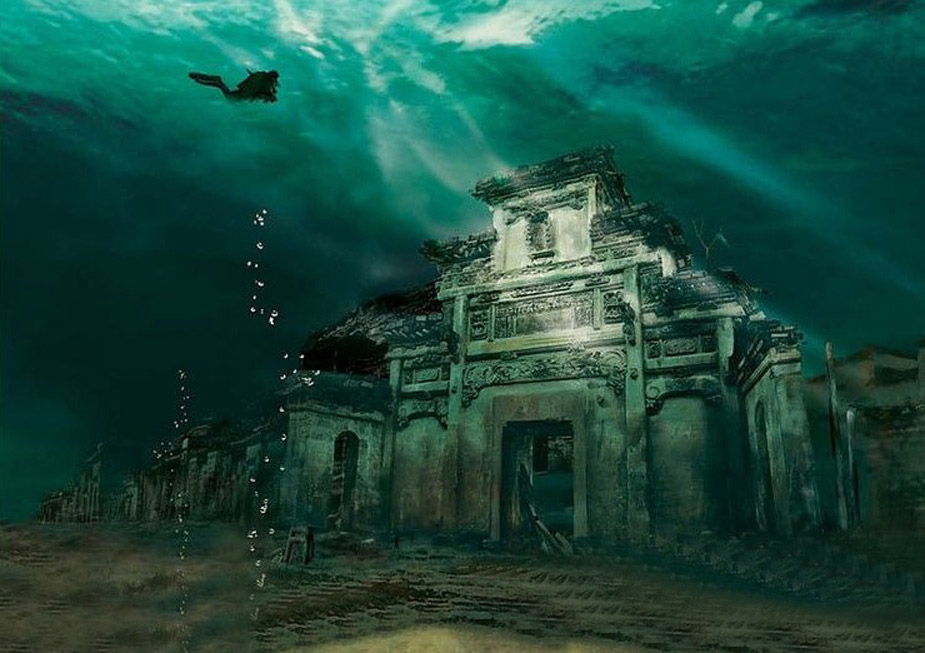 As an underwater archaeological site

A sunken city in China is to become an underwater archaeological site after authorities found its impressive ruins were surviving in good condition underwater, 60 years after its demise.

Founded over 1,300 years ago in the Chinese Zhejiang Province, the city of Shi-Cheng, known as the Lion City, grew, flourished and abandoned, to disappear under the water of Qiandao Lake, a man-made lake shaped after the construction of a dam in its vicinity, just 60 years ago. Now, the local authorities decided to take advantage of the city’s impressive ruins in favour of tourism, by transforming it into an underwater archaeological site.

According to Xinhua.net, Shicheng City was named after the Wu Shi Mountain (literally, Five Lion Mountain) in the northern part of Sui’an County, Zhejiang. It was once the center of politics, economics and culture of Sui’an County in that area.

According to a story published in The Huffington Post, the city was re-discovered several years ago, when Qiu Feng, a local official in charge of tourism, decided to see what remained of the city under the deep waters. The verdict was impressive. Buildings of immense architectural value, their surface carved in delicate reliefs and with wooden beams and stairs still remaining, were found almost intact between 85 and 131 feet underwater.

“We were lucky. As soon as we dived into the lake, we found the outside wall of the town and even picked up a brick to prove it,” Qiu said. The story made headlines, with images being published in the Chinese edition of National Geographic Magazine in February 2011.

For the time being, a film crew has been on site to record the preservation of the lost ruins, while a series of photos has been published to indicate the sunken city’s beauty.