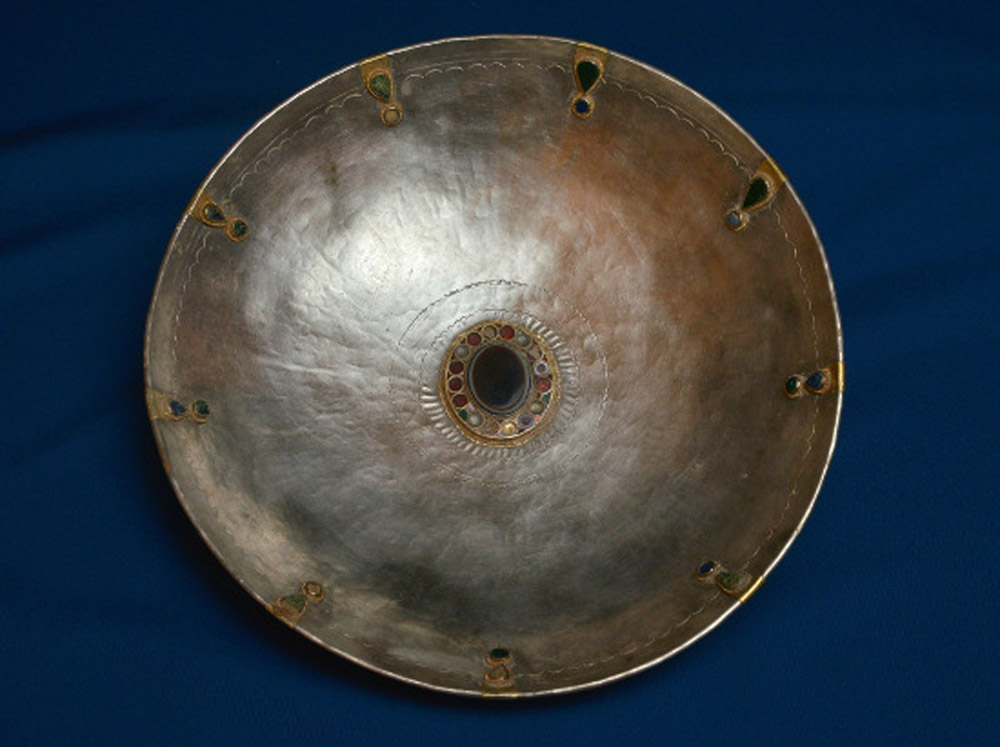 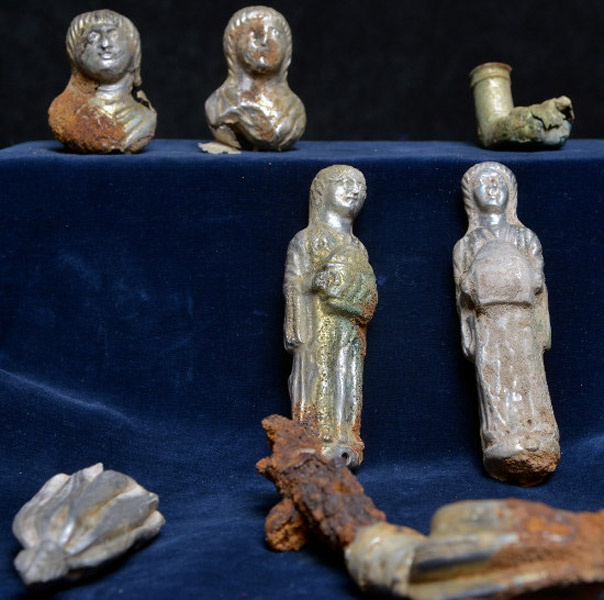 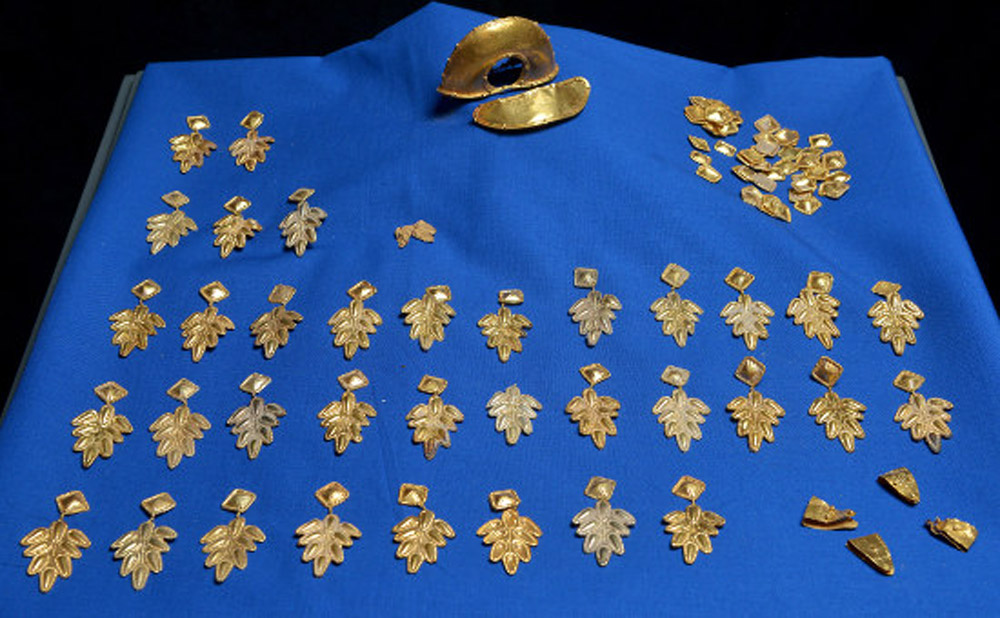 Archaeologists in Germany have recovered a hoard of precious artefacts found in a forest in the German state of Rhineland-Palatinate, by illicit treasure hunters. The looters had located the hoard, where objects of gold and silver are included, using a metal detector.

As reported in The Local newspaper, among the finds are a number of leaf-shaped solid gold brooches, associated with “part of the decorations from a coat of high office which once belonged a very important Roman ruler”. They date from the Late Antiquity period, which coincides with the decline of the Roman Empire. The hoard also includes “a solid silver bowl set with gold and stones and a set of gold and silver plated statuettes which formed part of a military commander’s portable chair”.

Archaeologists who examined the hoard say this might be the largest and most important collection of Late Antiquity artefacts ever found in a German site. It is estimated that the collection as a whole worth more than €1 million.

Still, it is suspected that the hoard contained much more artefacts, many of which have been lost as the finders are though to have sold them on the black market even before the group come to the authorities’ attention.

“The looter rendered up [the pieces] himself – but only under pressure from investigators,” said Ulrich Himmelmann, head of the Speyer branch of the state archaeology authority.

Prosecutors in the west German state are now investigating the case and will attempt to uncover any further missing pieces, said von Berg, without elaborating further on the circumstances or charges against the finder.

Another element in consideration is related to the conditions in which the hoard was buried. Originally owned by a notable Roman, it might have been hidden by him for safekeeping just before an expected barbaric invasion. Alternatively, the barbarians themselves, probably Teutons who are famous for pillaging areas in the North of the crumbling Roman Empire around 1,500 years ago, might have plundered a Roman settlement, took it from there and then buried it in order to take it when they would return -although they never did.

At any case, according to a statement by Rhineland- Palatinate Culture Minister Doris Ahnen, the hoard is to appear on display to the public in a special exhibition, while the authorities will keep investigating to locate any missing pieces.