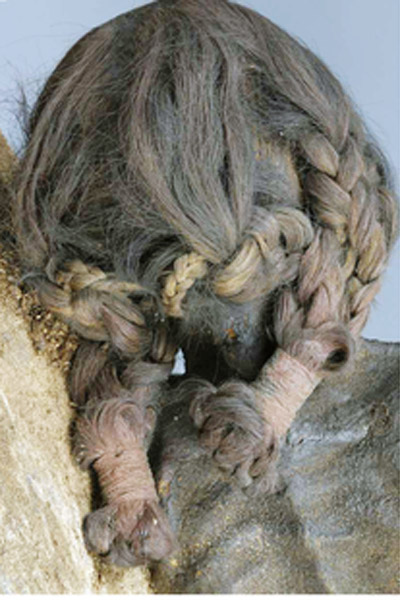 Life and Death of an Incan Twentysomething

Reflections from research on a mystery mummy held in Munich, Germany

A set of info aquired recently through research on a well preserved mummy held in the Bavarian State Archaeological Collection in Munich allowed scholars to make assumptions on the body’s identity, way of life and cause of death, suggesting actually that her fellow people had performed a kind of ritual euthanasia by having her killed.

Back in the 1890’s, Princess Theresa of Bavaria travelled to South America bringing back with her two mummies, which she kept as curiosities. While one of them was lost, the other ended up in the Bavarian State Archaeological Collection. Any documents recording info on the item were also lost during WWII, leaving scholars dealing with a mystery mummy. Recently, the remains were examined using a computer tomography scanner (CT scanning), during a research project led by Stephanie Panzer (Paracelsus Medical University Salzburg, Austria/ Trauma Center Murnau,Germany).

The examination showed a number of anatomical details,  isotope measurements and cultural elements pointing that that the mummy was a woman of South American origin, and actually of Incan ethnicity (her head was artificially flattened during childhood, following an Incan custom), who lived sometime between AD 1451 and 1642 near the coastline in what is now Peru or Chile, and lived up to the age of 20- 25. Her hair were decorated with a set of bands made from alpaca or llama hair (another indication of her South American origin) and her diet contained seafood and maize (a New World crop).

The most important element, however, was not the way the girl lived, nut the way she died. Scientists found she had suffered a couple of blows on her forehead, causing the complete destruction of her scull’s frontal bones and her eventual death. But was the death deliberate? And, if so, in what context?

“She must have received a couple of really severe hits by a sharp object to her skull just before her death” but “Any theories about why the woman died violently are highly speculative”, states Andreas Nerlich, a paleopathologist at Munich University and co-author of the study-related paper, which was recently published in the journal PLOS ONE.

The Inca are famous for practicing human sacrifices in certain conditions as a considerable nuumber of really well preserved mummified remains of victims of such rituals have been revealed in mountain tops in recent years, making headlines in the archaeology-related press. As a result, researchers assume that this woman could have also fallen victim of the practice.

Still, if so, her case could be unique for a certain reason. While other mummified victims have been found as having been relatively healthy during their lifetime, this woman was critically ill. Nerlich explains: “Combined with a DNA analysis of parasites taken from rectal tissue, the CT scan results suggest that from infancy, the woman suffered from Chagas disease, which is caused by the protozoan Trypanosoma cruzi. As a result, she probably had trouble with breathing and digestion”.

Reserchars believe that the lady’s fellow Inca demonstrated a uniquely practical way of thinking, choosing her as an offering as her death was certain.

The mummy will be on exhibit at the Archaeological Collection of the State of Bavaria in Munich until mid-August.