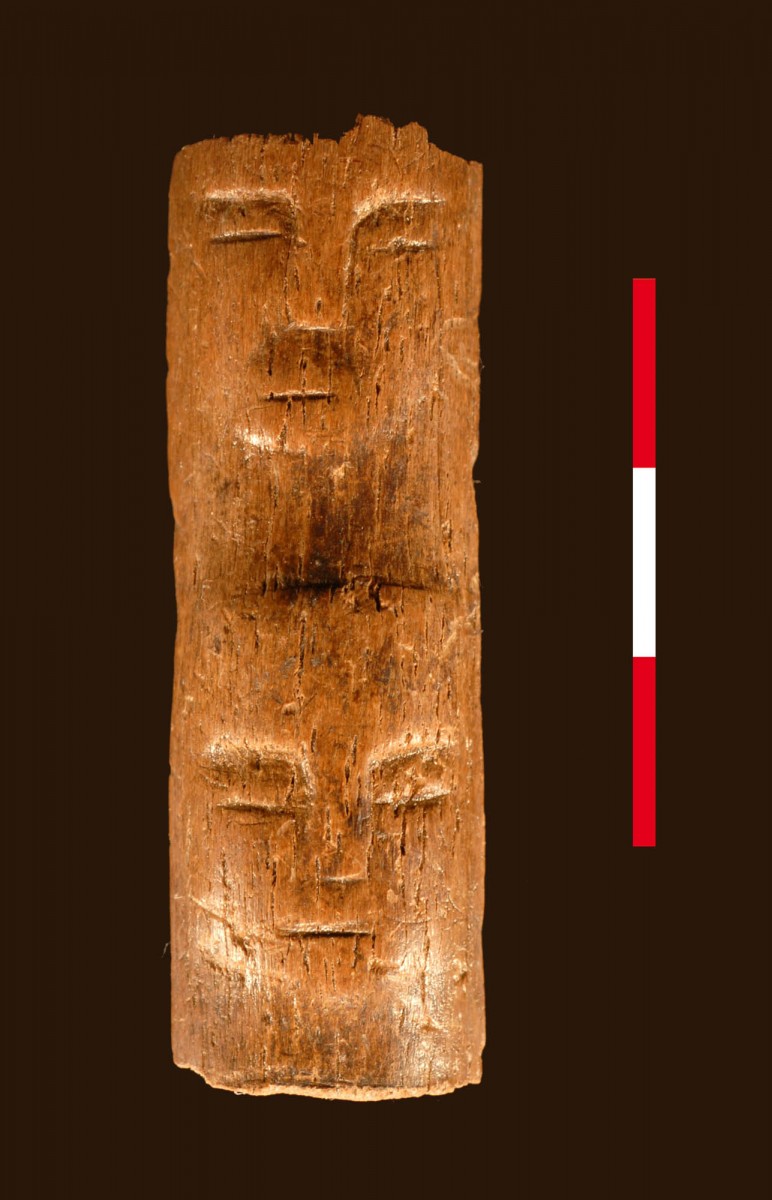 An unique ancient staff made of bone and carved with two human faces found back in 2007 in Tell Qarassa, Syria, still puzzles researchers regarding its nature and scope, according to a recent article in the March issue of the journal Antiquity.

The object was located near a necropolis on the site of Tell Qarassa, where an artificial mound made from the debris of everyday human life gradually built up in layers over millennia. The site is also connected with early farming activity, with its inhabitants consuming emmer (a type of wheat), barley, chickpeas and lentils, and herding or hunting goats, gazelles, pigs and deer.

Despite the settlement’s normality, its necropolis near which where the 9,000-year-old wand was discovered is somehow unusual. There, about 30 people were buried without their heads — which were found in a nearby living space. In detail, after the skeletons and wand were buried, someone seems to have dug up and removed the skulls, placing them in the inhabited portion of the settlement.

The wand itself was likely carved from the rib of an auroch, the wild ancestor of cows, and is about 4.7 inches (12 cm) long. Two natural-looking faces, with eyes closed, were carved into the bone, though the wand was intentionally broken at both ends, with more faces likely originally adorning the staff.

From the aspect of style, its decoration marks a transition towards more interest in the naturalization of the human form. Older artifacts typically showed stylized or schematic representations of humans, but realistic depictions of animals. Art unearthed in what is now Jordan and Anatolia from the same time period also employs delicate, natural representations of the human form, suggesting this trend emerged simultaneously in regions throughout the Middle East, says researcher Frank Braemer, an archaeologist at the Centre National de la Recherche Scientifique in France, who is a member of the research team that produced the Antiquity article.

It is generally accepted that the wand was of ceremonial/magical character but its exact use still remains uncertain.

The reason why someone dug up the skulls and placed them within the living areas of the settlement is also a mystery. However, the practice reminds scholars of the 9,000 year old skulls of ancestors found in Jericho, Israel, which were customarily covered with plaster, painted with facial features and then displayed in living spaces.

As a result, one possibility is that the practice was a form of ancestor worship, in which the human faces represented the living presence of supernatural beings in a humanized form, while it is also also possible the heads on display were trophies from vanquished enemies.