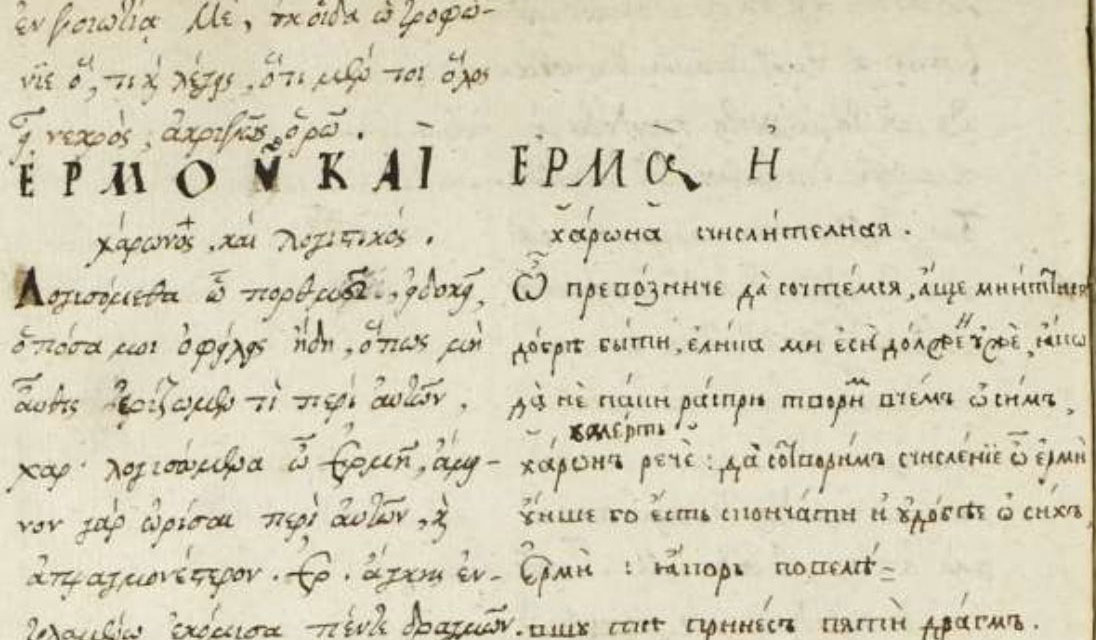 Dealing with an abundant manuscript tradition

As Dr de Vos will elaborate in her lecture: “The importance of the Quaestiones ad Antiochum ducem cannot be overestimated. No less than 250 copies, dating from the 10th to the 19th century, have been preserved of this most fascinating Byzantine collection of 137 questions and answers discussing the position of Christianity with regard to Hellenism and Judaism. Although attributed to Athanasius of Alexandria, it most likely was written sometime during the 7th or 8th century. Soon after, it was translated into Arabic. Translations into Armenian, Church Slavonic, Ethiopic, Georgian and Latin followed. Within the framework of DEBIDEM, ad ERC funded research project hosted at the Centre for Hellenic Studies and the Department for Theology and Religious Studies at King’s College London. I am preparing a critical edition of the Greek collection for the Corpus Christianorum Series Graeca. As I will demonstrate in this paper, the abundance of copies however is both a blessing and a curse.”

The lecture will take place in the saloni of the Director’s residence, British School at Athens. Entrance from 52 Souedias str., onMonday, 31st March, 2014, at 7.00 p.m.