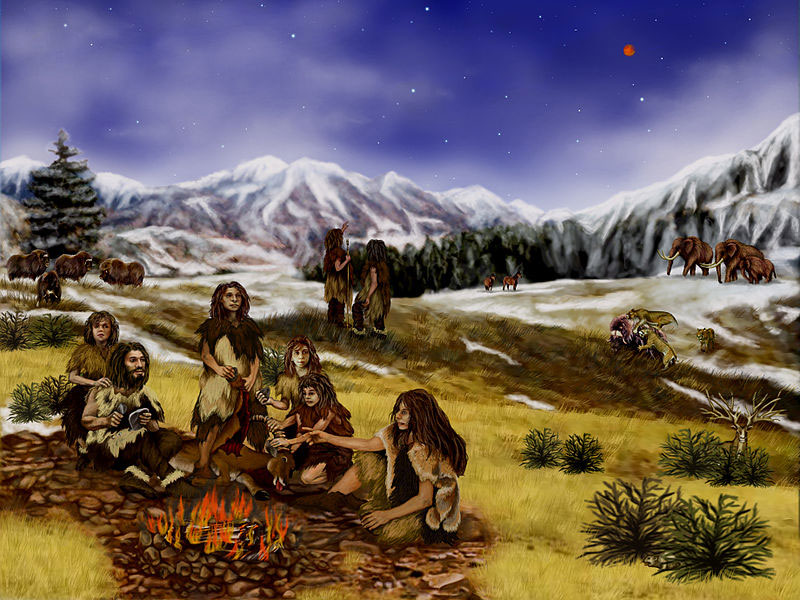 Neanderthals were no strangers to good parenting

According to archaeologists at the University of York

Archaeologists at the University of York are challenging the traditional view that Neanderthal childhood was difficult, short and dangerous.

A research team from PALAEO (Centre for Human Palaeoecology and Evolutionary Origins) and the Department of Archaeology at York offer a new and distinctive perspective which suggests that Neanderthal children experienced strong emotional attachments with their immediate social group, used play to develop skills and played a significant role in their society.

In research published in the Oxford Journal of Archaeology, they found that Neanderthal childhood experience was subtly different from that of their modern human counterparts in that it had a greater focus on social relationships within their group. Investigation of Neanderthal burials suggests that children played a particularly significant role in their society, particularly in symbolic expression.

The research team, which also included Gail Hitchens, Andy Needham and Holly Rutherford, say there is evidence that Neanderthals cared for their sick and injured children for months and often years. The study of child burials, meanwhile, reveals that the young may have been given particular attention when they died, with generally more elaborate graves than older individuals.

Neanderthal groups are believed to have been small and relatively isolated, suggesting important implications for the social and emotional context of childhood. Living in rugged terrain, there will have been little selection pressure on overcoming the tendency to avoid outside groups with a consequent natural emotional focus on close internal connections.

Dr Spikins, who has a new book on why altruism was central to human evolutionary origins, How Compassion Made Us Human (Pen and Sword) published later this year, said: “The traditional view sees Neanderthal childhood as unusually harsh, difficult and dangerous. This accords with preconceptions about Neanderthal inferiority and an inability to protect children epitomising Neanderthal decline.

“Our research found that a close attachment and particular attention to children is a more plausible interpretation of the archaeological evidence, explaining an unusual focus on infants and children in burial, and setting Neanderthal symbolism within a context which is likely to have included children.

“Interpretations of high activity levels and frequent periods of scarcity form part of the basis for this perceived harsh upbringing. However, such challenges in childhood may not be distinctive from the normal experience of early Palaeolithic human children, or contemporary hunter-gatherers in particularly cold environments. There is a critical distinction to be made between a harsh childhood and a childhood lived in a harsh environment.”