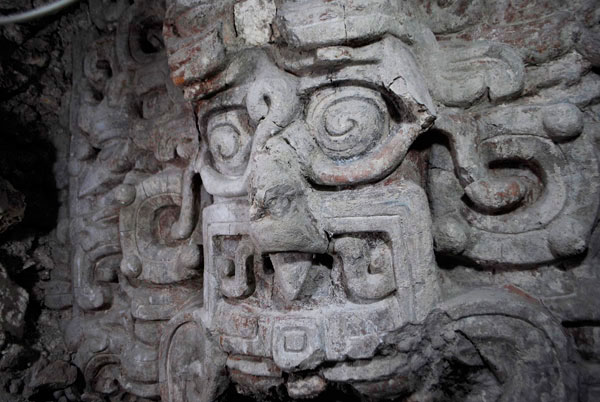 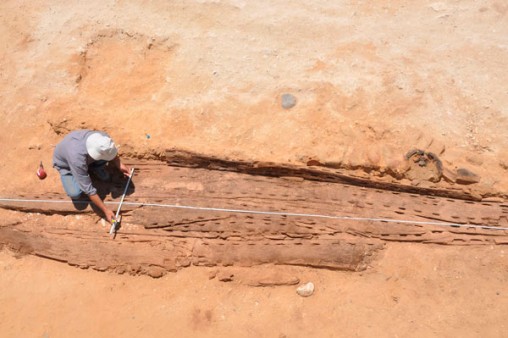 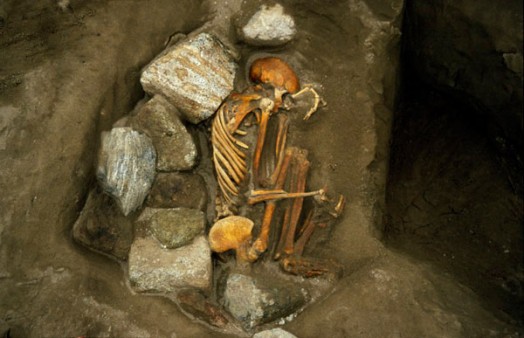 Previous Next
View all photos
Photo caption
News: The Top Ten of 2012

The Top Ten Archaeological Discoveries of 2012

According to the Archaeology Magazine

As 2013 approaches, 2012’s biggest discovery may actually be that we’re all still here—at least that’s what the editors of Archaeology say having in mind the much-talked-about end of the Maya Long Count calendar and the apocalyptic prophecies it has engendered.

In the Top ten list one sees discoveries that range from the revelation that Neanderthals, our closest relatives, selectively picked and ate medicinal plants to the unexpected discovery of a 20-foot Egyptian ceremonial boat dating to 2950 B.B.

Among the most significant archaeological findings in this passing year are most certainly the impressive Maya masks dating between AD 350 and 400 and found at the city of El Zotz in Guatemala. The five-foot-tall masks, that decorated a temple atop El Diablo pyramid, were painted bright red and depict several deities, including the sun god. They show different phases of the Sun as it makes its way across the sky, but other planets too such as Venus. A “celestial symphony”, this is how archaeologists have described the representations.

Two researchers, one of the Catalan Institution of Research and Advanced Studies, the other of the University of York in the United Kingdom, used a variety of chemical analyses that gave the first evidence that Neanderthals consumed medicinal plants. By examining the chemicals embedded in the calcified plaque on the teeth of five Neanderthals dated to between 50,600 and 47,300 years ago from El Sidrón Cave in Spain, the research team found out that the Neanderthals had eaten the bitter-tasting medicinal plants chamomile and yarrow. This is a path breaking discovery that can lead to even more revelations about hominoids’ diets going back millions of years.

A notched wooden stick from South Africa’s Border Cave dating to 24,000 years ago contains the earliest evidence of humans using poison. The artifact was found in the 1970s, but new chemical studies revealed trace amounts of substances from poisonous castor beans. The stick may have been used to apply poison to arrowheads just as a culture of modern-day hunter-gatherers called the San does today in southern Africa.

A grisly discovery awaited the archaeologists in Templo Mayor, one of the main Aztec temples, where today stands Mexico City. More than 1,000 tightly packed human bones, among them 45 skulls and 250 jawbones, surrounded a woman skeleton, the only to be complete and undisturbed. Because the bones are so crowded together, they must have “been buried elsewhere, exhumed, and reburied here.” Under a volcanic slab used for human sacrifices, five more skulls with gaping perforations were found. The holes were obviously for mounting the skulls on a stake.

The discovery of 75 sandal nails has led to the rare identification of a temporary Roman military camp near the town of Hermeskeil, near Trier, in southwestern Germany. The camp is dated to 50 B.C., a time when Julius Caesar waged three campaigns against the Gallic tribes and their powerful leaders. “It’s very probable it is a camp built by Julius Caesar’s legions”, says Dr Sabine Hornung of the Johannes Gutenberg University Mainz, head of the archaeologists’ team.

The engraving of a vulva found on a limestone block at Abri Castanet, is one of the earliest examples of European wall art about 37,000 years old. That figure, however, is only a minimum age for the rock carving since it corresponds to the approximate time when the rock shelter’s roof, of which the engraved block was once a part, collapsed. The block was found directly above a surface containing hundreds of artifacts from the early Aurignacian culture, the earliest modern humans in Europe.

From the site of Xianrendong Cave in the Jiangxi Province of southeastern China, archaeologists dated what is now thought to be the oldest known pottery in the world, made 20,000 to 19,000 years ago. Until recently, it had been thought that invention of pottery for collecting, storing, and cooking food was part of the Neolithic Revolution around 10,000 years ago. It now seems that this idea should be revisited.

Instances of deliberate mummification in Europe are rare but one of them has been discovered in 2001 at Cladh Hallan, a Bronze Age settlement on the island of South Uist in Scotland’s Outer Hebrides. This is a pair of 3,000-year old skeletons, one male and one female, which on further examination revealed another startling fact. Both skeletons were a composite formed by a mixing of remains from various parts of other skeletons, often older. Archaeologists will have to face the puzzle.

A treasure chest of jewelry and coins buried inside a pit in the courtyard of an ancient building in southern Israel’s Kiryat Gat region has been discovered last summer. According to the specialists, the cache likely dates to the time of the Bar Kokhba revolt, which lasted from A.D. 132 to 135, and was one of the largest Jewish uprisings against the Romans.

In his 1914 excavation report, legendary French archaeologist Pierre Montet wrote that he had uncovered a wooden floor just north of a First Dynasty (ca. 3150-2890 B.C.) tomb at Abu Rawash (8 km south of Giza). The statement puzzled Yann Tristant, of Macquarie University in Sydney, because he knew that no other archaeologists have reported finding wooden floors around mastabas. He directed his team to excavate at the same spot Montet had almost a century before. He finished by discovering a ceremonial boat, the oldest boat found in Egypt, dating to 2950 B.C.