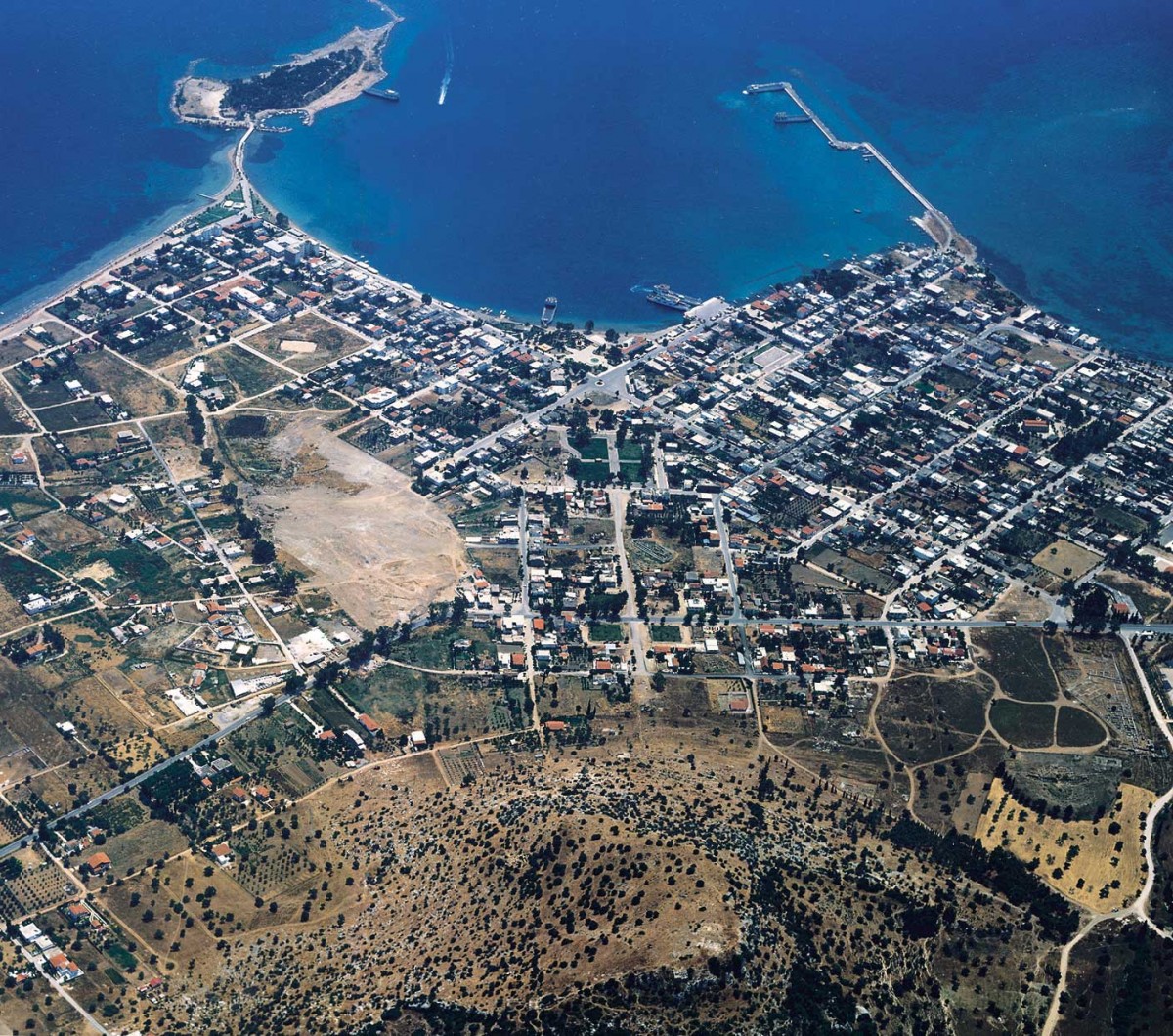 The Swiss School of Archaeology in Greece celebrates the 50th Anniversary of the Eretria Excavations with a Colloquium at the Acropolis Museum in Athens.  The Colloquium lasts for two days, starting tomorrow, May 15, 2014.

Swiss archaeologists have been involved in excavations at Eretria since 1964. Their discoveries and publications give an account of Eretria’s rich and unique heritage. As a tribute to five decades of research, the Swiss School of Archaeology in Greece (ESAG) has organized a series of public lectures.

The Colloquium starts on Thursday May 15, 2014, at 18:00, with Pascal Couchepin’s inaugural address. Mr Couchepin is former Federal Councillor and President of the Swiss Confederation and President of the Foundation of the Swiss School of Archaeology in Greece. The inaugural address will be followed by the “Message from the Greek Government” by Minister of Culture and Sports, Panos Panagiotopoulos and the “Message from the Swiss Federal Council” by Mauro Dell’Ambrogio, State Secretary for Education, Research and Innovation.

The Director of the Swiss School of Archaeology in Greece, Karl Reber, will then talk about the “50 years of Swiss Excavations at Eretria.”

The keynote lecture “Euboia and Crete: Parallel Histories, Contrasting Lives” will be given by Angelos Chaniotis (Institute for Advanced Study, Princeton/USA).

The first day closes with a reception at the Acropolis Museum hosted by the Ambassador of Switzerland to the Hellenic Republic and Mrs. Lorenzo Amberg.

On Friday May 16, 2014, the morning session, chaired by Nota Kourou, will start at 10.00 a.m., with a presentation entitled “Eretria: the Birth of the City.” Samuel Verdan (ESAG and University of Lausanne) will introduce the subject. Speaker will be Alexander Mazarakis Ainian (University of Thessaly, Volos, and University of Paris IV-Sorbonne).

At 11:00 the topic “Eretria between East and West” will be presented by Sandrine Huber, ESAG and University of Lorraine, Nancy (Introduction) and Irad Malkin, University of Tel Aviv (Speaker).

At 13:30 “Architecture and Urbanism in the Classical and Hellenistic Periods” will be presented by Karl Reber, ESAG and University of Lausanne (Introduction) and Franziska Lang, University of Darmstadt (Speaker).

After the break, the afternoon sessions will be chaired by Paraskevi Kalamara, starting with “The Institutions” (Introduction: Denis Knoepfler, ESAG, Collège de France, Paris and University of Neuchâtel, and Speaker: Hans-Joachim Gehrke, University of Freiburg i. B.).

At 17:00 Manolis Korres (National Technical University of Athens) will give a lecture on “Contemporary Eretria: Preserving Ancient and Neo-Classical Heritage”. Ferdinand Pajor (ESAG and Society for Art History in Switzerland, Berne) will introduce the subject.