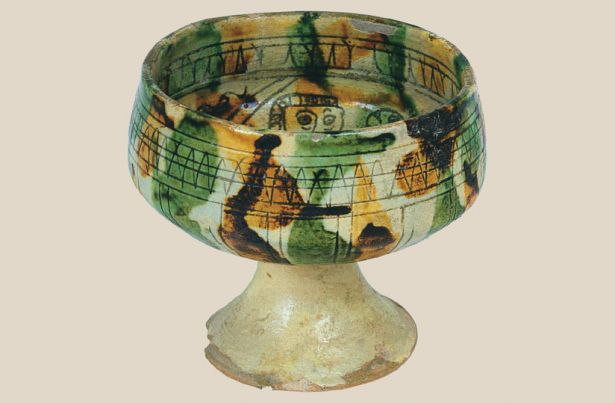 The material culture of the humble homes

In the framework of the lecture series “Byzantium without glamour. The ‘humble’ objects and their use in the everyday life of the Byzantines”, organized by the National Hellenic Research Foundation, last week Guy D. R. Sanders gave an interesting lecture entitled “The material culture of the humble homes and urban hamlets of medieval Corinth: the (in)visibility of the poor in the archaeological record”. Guy Sanders has been director of the American School of Classical Studies’ Excavations at Corinth since 1997.

As Guy Sanders explained, in this papers his focused on the huge majority of the population, the poorest 80% who lived at or close to subsistence level. “Archaeologists working on urban sites and sanctuaries in the Mediterranean find literally tons of pottery during the course of a season”, he said. “As a result, we assume that pottery had to have been cheap and that the poor had plenty of it. My paper questions this assumption. It concludes that rich had silver plates and cups, glassware, beds and tables. The wealthy had glazed plates and cups, glass, beds and tables. A huge majority of the population used wood. They may have had pithoi, but more likely they stored in wicker bins and they cooked in iron or copper pots”.

But how can we define subsistence in this context? Guy Sanders defined it as “a state where a household has sufficient resources to pay tax, to feed itself and, IF there was a surplus, occasionally to replace tools and livestock. Documents describing landless peasants’ incomes ca. 1820 indicate that subsistence income is about 800 kgs of mixed wheat and barley for a family for a year.”

The speaker next discussed the price of pottery. “A decorated Northern Italian glazed pitcher cost half a day’s labour at the point of production. Merchants’ profits and tax increased the price by about 300%. The same pot sold in Corinth had a price equivalent to 8 days of a landless peasant’s income.”

“Pottery is fragile and has a short life when in constant use”, he explained. “Ethnographic studies show that a thick cooking pot lasts less than three months. Some societies would not cook in the same ceramic pot twice. Ceramic is a poor conductor of heat while Iron and copper conduct heat 80 and 400 times more efficiently. Iron and cooking vessels cost more but they lasted for generations.

“Excavation of wet environments is revealing a wide range of wooden artifact, of the type mentioned in medieval records. These include wooden plates, bowls and cups”.