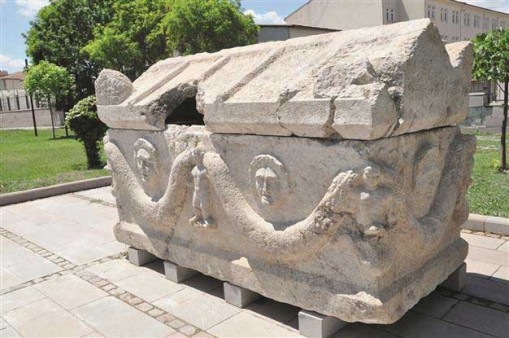 The tomb, which dates back t 1,900 years ago, has been unearthed during an illegal excavation in Çorum’s Sungurlu district. The tomb cover were broken by smugglers who wanted to enter it.
- +
by Archaeology Newsroom
19 05 '14 11:52

in the northern Anatolian province of Çorum’s Sungurlu