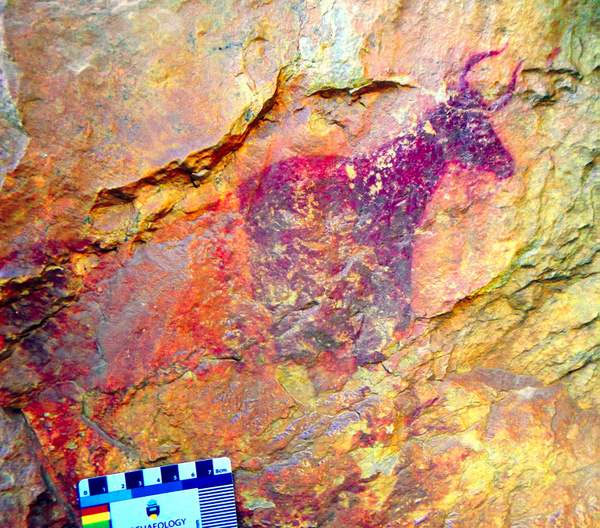 The site’s location is being kept a secret

Town hall representatives in the Valencian municipality of Vilafranca announced on Tuesday the finding of twelve 7,000-year-old cave paintings. The site’s location however is being kept a secret until the necessary security precautions are in place.

The cave paintings are the most important find for many years in the region. Archaeologists are still searching the area for more rock paintings.

The paintings unveiled are detailed depictions of prehistoric hunting. The scenes include bulls, goats and archers chasing them down.

The protection of cave art is a serious issue in Spain as last April, a 5,000 year-old rock painting in southern Spain was destroyed by thieves who tried to steal the Unesco World Heritage-listed artwork by chipping it off the cave wall where it was housed.

“A lot of these places are abandoned and need greater supervision,” Fae president José Antonio Berrocal told The Local. “Although there is legislation protecting these sites in theory, there is a lack of political will,” he added.

“Obviously you can’t have policemen stationed in every cave, but we need a system of continuous monitoring with officers coming around periodically to monitor the situation,” the cave expert explained and added that “in some cases, closing off those caves may be the only option to protect world heritage paintings.”

According to Unesco, the largest group of prehistoric paintings in Europe has been found at different sites along Spain’s Mediterranean seaboard. The Spanish rock sites display “a critical phase of human development … in paintings whose style and subject matter are unique,” as written on UNESCO’s website.