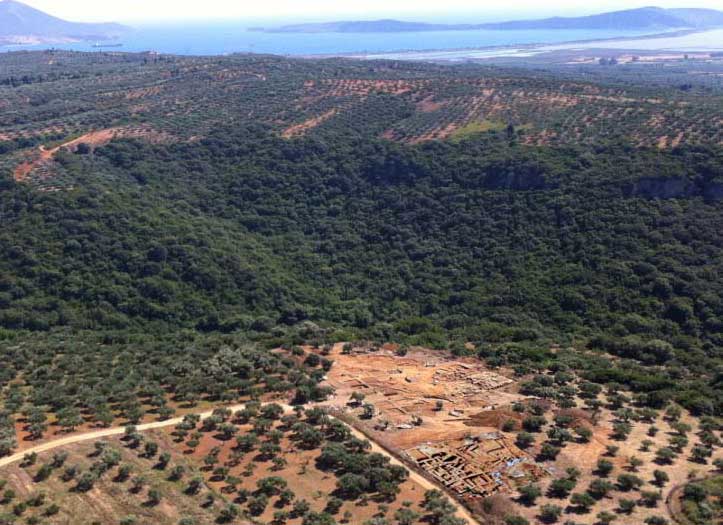 Iklaina and the formation of Mycenaean States

By Dr. Michael B. Cosmopoulos

The 7th meeting of the Mycenaean Seminar will be presented by Dr. Michael B. Cosmopoulos, Professor of Archaeology, University of Missouri-St. Louis Fellow, Academy of Sciences St. Louis, on May 29, 2014, at 19.00 in the A. Argiriadis Amphitheatre (Central building of the University of Athens, Panepistimiou 30).

As Prof. Cosmopoulos explains in the abstract of his lecture: “It is generally agreed that Mycenaean states were formed from pre-existing autonomous regional polities (usually defined as ‘chiefdoms’) within naturally defined geographical regions. During the Early Mycenaean period some regional rulers became more powerful than others and started to annex neighboring territories into the administrative structure of their own polities. By doing so, they set their polities on the path to becoming complex states, the Late Mycenaean palace-based societies.

“The mechanisms employed by those rulers to integrate the populations, economic resources, and social structures of their less powerful neighbors are not well understood. For a long time, hierarchy and socio-political stratification were considered the main forces driving state formation, a picture tainted by the fact that the evidence derived almost exclusively from the excavations of the major palatial sites. Recent theoretical advances suggest, however, that localized developments outside the main palaces were crucial to the processes of state formation and expansion.

“Regional surveys in the Argolid and Messenia in the 1990s and in the Corinthia in the 2000s have managed to address the imbalance created by this “top-down” perspective and we are now in a far better position to assess the importance of settlements outside the palaces for the economic and political life of the Mycenaean states. The problem is that, with few exceptions, such as Nichoria, major non-palatial settlements had not been systematically excavated.

“The excavation of the Athens Archaeological Society at Iklaina fills this gap, as it provides a systematic and interdisciplinary investigation of one of the district capitals of the state of Pylos. The excavation has produced unexpected results, as the site features two large building complexes, a massive Cyclopean Terrace, advanced sewer and drainage system, paved piazzas and roads, residential and industrial rooms, and an open-air shrine. Even more surprising has been the discovery of a Linear B tablet from an early context (LH IIB-early LH IIIA2), which challenges current knowledge about the extent and chronology of Mycenaean bureaucracy and literacy.

“In the present lecture an overview of the results of the excavation is provided, in an effort to assess the importance of Iklaina for the formation and development of the Mycenaean state of Pylos and to determine the processes that defined the organization and operation of the Pylian state throughout the Mycenaean period”.