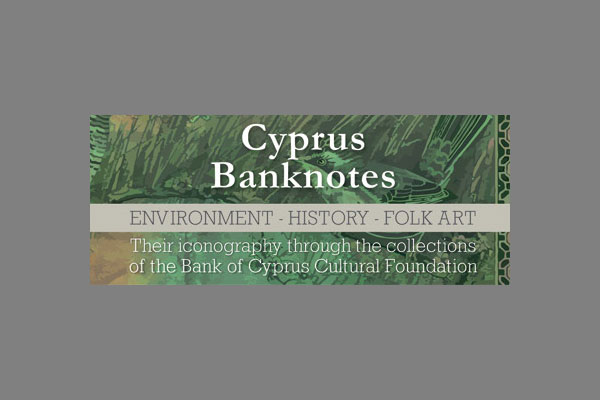 Their iconography through the Bank of Cyprus Cultural Foundation Collections

An exhibition on Cyprus banknotes, organized by the Bank of Cyprus Cultural Foundation, will be on show until 30 June 2015.

The exhibition “Cyprus Banknotes. Environment-History-Folk Art” presents a selection of landmarks from 1914, which marked the first issue of a Cypriot banknote by the British, to 1955. It goes on to explore more extensively the iconography of the series of banknotes of the Republic of Cyprus issued from 1961 to 1997, pivoting around the environment, History and Folk Art of Cyprus.

The exhibition is organised by the Museum of the History of Cypriot Coinage and the Bank of Cyprus Historical Archive and it is accompanied by a catalogue under the same title.